The Timing of the Final Solution 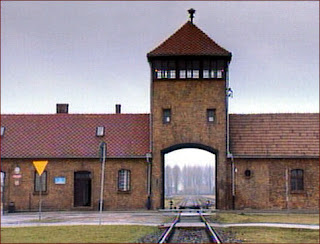 This is a piece I wrote in answer to a question on the Humanities Reference Desk of Wikipedia on the precise timing of Hitler’s decision on the Final Solution. No document has been found or will ever be found, because that’s not the way that Hitler worked. What follows is a set of educated deductions which I have based largely upon Laurence Rees' monograph, Auschwitz: the Nazis and the Final Solution, in the edition published by BBC Books in 2005

By the spring of 1940 it was becoming increasingly clear that the policy of using the General Government as a 'racial dustbin' was causing huge logistical problems. In May 1940 Himmler addressed the issue in a wide-ranging memorandum, in which he rejects 'the Bolshevik method of physically exterminating a people as fundamentally un-German.' (Lees, p.45) He goes on to say that I hope to see the term 'Jews' completely eliminated through the possibility of large-scale emigration of all Jews to Africa or to some other colony. When Himmler discussed this proposal with Hitler he was told that it was gut und richtig (good and correct). But the tenacity of England effectively put an end to all such notions by the autumn and winter of that same year. The problem in the General Government remained, and got steadily worse with the arrival of additional deportees.

Moving further down the line to the summer of 1941, when mass killings were already underway in Russia, we have Göring's memo to Heydrich of 31 July, asking for a blueprint for 'the execution of the intended Final Solution of the Jewish question.' However, as Lees says (p.84), the discovery of a document in the Moscow Special Archive casts some doubt on the particular significance of Göring's memorandum. This contains a note from Heydrich, dated March 26 1941, in which he says;

With respect to the Jewish question I reported briefly to the Reich Marshal and submitted to him my new blueprint, which he authorized with one modification concerning Rosenberg's jurisdiction, and then ordered for resubmission.

This document has to be taken in the context of the coming invasion of the Soviet Union-which was expected to collapse in a few weeks-and the continuing deadlock with the British in the west. In other words, the new destination for the Jews of Europe was no longer Africa, but parts of conquered Russia, including areas expected to be under the jurisdiction of Alfred Rosenberg.

It seems clear that the 31 July document should be read against the background of forced migration, rather than mass murder as such, though in practical terms the end result would have been just the same, as most of the deportees are likely to have frozen to death in the east with the onset of the Russian winter. However, it was the specific actions of the Einsatzgruppen-particularly in the shooting of women and children-that raised yet another set of problems, and a further quest for solutions. The decisive moment here, it might very well be argued, came in August 1941, when Himmler visited Minsk, and saw the work of the killing squads at first hand.

The Minsk killings, and the complaints, amongst others, of Lieutenant-General von dem Bach-Zelewski, that the sheer personal horror involved was having a severe psychological impact on the men in the Kommandos, pushed Himmler along the path of a less 'bloody' solution to the whole issue. He already had before him one possible 'clinical' way out: mass-killing had already been tried and tested in the euthanasia programme, with poison gas being used to kill as many as ten thousand people in mental hospitals in Wartegau and West Prussia between October 1939 and October 1940.

The need for new killing techniques-soon to be explored in places like Auschwitz-Birkenau, the continuing build up of Jewish deportees in the ghettos of Poland, and the unexpected stubbornness of Soviet resistance, demanded that the whole issue be re-examined from top to bottom. Amongst others, Josef Goebbels, the Propaganda Minister, was lobbying Hitler for more radical solutions, urging the expulsion eastwards of all the Jews of Berlin to already grossly overcrowded ghettos, like that at Lodz. The way out of this deadlock was the authorisation of the first mass gassings at Chelmno, close to Lodz, in late 1941.

Given Hitler's method of working, and his dislike of committing himself to paper, we will never know for certain when outright murder took the place of deportation as the favoured solution to the Jewish question. If I was pushed to choose a specific time-frame, on the basis of the evidence as it presents itself, it would be October 1941. By then the decision had been taken to send all of the Reich's Jews to the east, even though the war with Russia showed no sign of ending. In November, in a conversation with the Grand Mufti of Jerusalem, Hitler said that he wanted all Jews, even those not under German control, 'to be destroyed.' (Lees, p. 110) Here, in essence, is the agenda of the Wannsee Conference, where the populations detailed for elimination included those living in areas not even under German control, including England. The following month the gas vans of Chelmno began their work.

Against this whole drift of events and policy, the Wannsee Conference has been allowed to carry far too much weight. The decision on mass extermination, it seems highly likely, was conveyed by verbal instruction alone by Hitler to Himmler sometime in October. Wannsee was merely a forum for ensuring maximum bureaucratic complicity. Those who attended, with the exception of Heydrich (and even he was not yet in the uppermost ranks of the party leadership) were by and large men of the second-division, like Martin Luther from the Foreign Ministry, representing Ribbentrop; senior bureaucratic functionaries, in other words, implementers of policy, rather than formulators.
Posted by Anastasia F-B at 17:05