Crime and Punishment in the Middle Ages 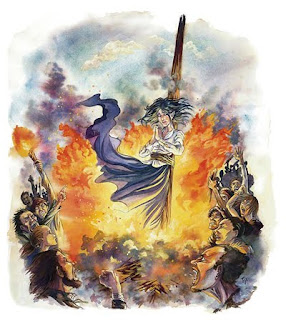 I begin with Johan Huizinga's classic study, The Waning of the Middle Ages, where he says that crime was "...a menace to order and society, as well as an insult to divine majesty. Thus it was natural that the late Middle Ages should become the special period of judicial cruelty."

One has to consider punishment in this context, not so much as retribution but as spectacle more than anything else. It should not be assumed, moreover, that this was simply a top-down process, a way of 'educating' the community in the severity of the law. There was also a considerable amount of popular pressure for criminals to receive forms of punishment that were both harsh and terrifying. In 1389 in England popular pressure persuaded Parliament to petition the king for the limiting of pardons granted for violent crimes.

The Middle Ages were violent for one reason or another. Legitimate and public violence was considered to be the only way of dealing with illegitimate and private violence. There was no prison, so all punishment had to carry some deterrent purpose; either the absolute deterrence of execution, or relative forms of deterrence implied in mutilation of one kind or other, which required the wrongdoer to live forever in the community carrying the stigma of his or her error. In A Distant Mirror: The Calamitous Fourteenth Century, Barbara Tuchman writes;

The torture and punishments of civil justice customarily cut of hands and ears, racked, burned, flayed, and pulled apart people's bodies. In everyday life, passers-by saw some criminal flogged with a knotted rope or chained upright in an iron collar. They passed corpses hanging on the gibbet and decapitated heads and quartered bodies impaled on stakes on the city walls.

Yes, it was terror; but it was also about forms of reassurance: that justice was being served and society protected: the more extreme the crime, the more extreme the punishment. Even 'clemency', when it was exercised, was, if anything, even more barbarous. In England in 1221 one Thomas of Eldersfield was reprieved from hanging at the last moment. In a show of ‘mercy’ he was blinded and castrated instead! Robert Bartlett described the scene that followed, "...the eyes were thrown to the ground and the testicles used as footballs, the local lads kicking them playfully at the girls." It was all part of the salutary spectacle.

It would be wrong to assume, though, that the didactic purpose of punishment ended with the Middle Ages. In Discipline and Punish, Michael Foucault describes the Gothic intensity with which Robert-François Damiens was done to death in 1757 for the attempted assassination of Louis XV. It was the apotheosis, it might be said, of execution as public display; of natural and divinely-ordained retribution. 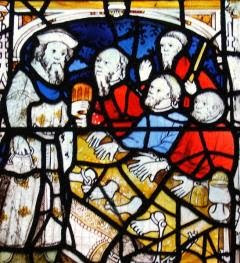