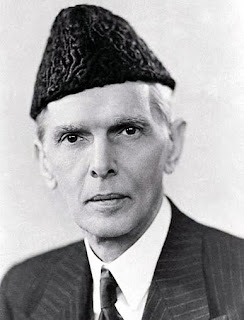 Before going to India earlier this summer I watched some old movies, including Richard Attenborough’s Ghandi. I thought that the depiction there of Muhammad Ali Jinnah as a rather sinister and somewhat snobbish character entirely unfair, especially when set against the hagiography surrounding the Mahatma.

As always an understanding of the past depends on the preconceptions of the present. There is a widespread sympathy in the west for Gandhi and almost none at all for Jinnah, the founder of Pakistan, insofar as he makes any appearance in popular consciousness. There is a simple truth to be considered here, conveniently overlooked: if any man was responsible for the division of India it was Gandhi, not Jinnah. Why? Simply because the Mahatma gave the Congress Party an ideology that drew heavily on Hindu tradition and culture. It was the fear of being a permanent minority in a Hindu-dominated India that led Muslim intellectuals towards the notion of the new state of Pakistan, first outlined in the 1930s by Muhammad Iqbal and later embraced by Jinnah.

Following from this I was fascinated to read a report last month in The Daily Telegraph by Dean Nelson from Islamabad, saying that Jinnah was, after all, prepared to consider staying within the political confines of an independent India. I read this soon after seeing a wonderful movie about Jinnah, staring our own Christopher Lees as the elder statesman. But what is more wonderful is that this claim, that the Muslim leaders would have eschewed the creation of Pakistan, comes in a book written by Jaswant Singh, a senior member of the Bhratiya Janata Party or BJP, the Hindu Nationalist Party.

In Jinnah-India, Partition, Independence Singh praises the leader of the Muslim League as a “great Indian hero” unjustly demonised by Congress. Jinnah, he continues, was prepared to back a federal India, a concession that broke on Jawaharlal Nehru’s insistence on a centralised state. Nehru stood in the way of a federal India which thus, in 1947, became a partitioned India, with all the horror that followed thereon.

I’m not quite sure exactly what is going on here, as all this comes from a member of a party that has been accused of fermenting anti-Muslim violence in Gujarat and other places. Not having read the book, I have a feeling that it has much more to do with contemporary Indian politics than a scholarly reassessment of the past. Undermining Congress, on the one hand and attacking Muslims, on the other, would seem to be part of the overall strategy of the BJP.

A rather less partisan assessment is offered by M. J. Akbar, Nehru’s biographer, and himself a Muslim, who responded by saying that Nehru feared the ‘balkanization’ of the newly independent state. He feared fragmentation while Jinnah feared domination. Jinnah’s solution was a federal state with the right of succession. Nehru accepted a federal state but without the right of succession. And so history was made under the tent of tragedy. Akbar goes on to say that the creation of Pakistan damaged the position of Muslims remaining in India, but this would have been much worse if it had never been established:

Had Pakistan not been born, how would we convince millions today that Pakistan would not become another America but a civil war mess? An unfulfilled Pakistan would have been too big a burden for India.

The cliché serves here: they really were damned if the did and damned if they did not. But I admire Jinnah as a historical personality, just as I admire Nehru.
Posted by Anastasia F-B at 16:33