Tertullian and the Nature of Heresy 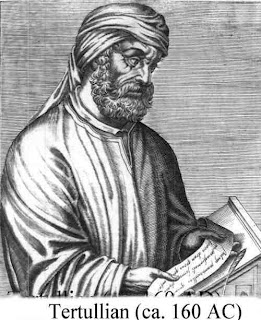 For Tertullian, an early Christian apologist, the Church alone bore the apostolic rule of faith, revered the canon of Scriptures, and bore through its ecclesiastical hierarchy the sanction of apostolic succession. Heretics were those who challenged any of these precepts. They were people who refused to accept the rule of faith, as others did. Instead they challenged people to raise theological questions to which there was no answer, "...being ready to say, and sincerely of certain points of their belief, 'That is not so' and 'I take this in a different sense' and 'I do not admit that'".

Tertullian has it that all such unnecessary questioning automatically leads to heresy-"This rule was raised by Christ, and raises among ourselves no other questions than those which the heresies introduce and which make men heretics!" Heretics, moreover, are those who do not restrict themselves to the Scriptures, but bring in other writings or challenge orthodox interpretations. Heretics are, quitesimply, rebels, in theological and in practical terms.

The answer was to believe and never question. It seems clear what practcal form this kind of thinking would take, to the fires of the Middle Ages and beyond.
Posted by Anastasia F-B at 17:21