Tacitus and the Critique of Tyranny 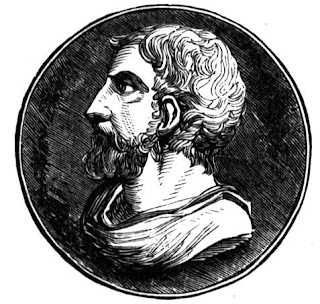 I suppose if people remember anything of Tacitus it will be for the words he put into the mouth of the Caledoanian leader Calgacus just before the battle of Mons Graupius;


Whenever I consider the origin of this war and the necessities of our position, I have a sure confidence that this day, and this union of yours, will be the beginning of freedom to the whole of Britain. To all of us slavery is a thing unknown; there are no lands beyond us, and even the sea is not safe, menaced as we are by a Roman fleet. And thus in war and battle, in which the brave find glory, even the coward will find safety. Former contests, in which, with varying fortune, the Romans were resisted, still left in us a last hope of succour, inasmuch as being the most renowned nation of Britain, dwelling in the very heart of the country, and out of sight of the shores of the conquered, we could keep even our eyes unpolluted by the contagion of slavery. To us who dwell on the uttermost confines of the earth and of freedom, this remote sanctuary of Britain's glory has up to this time been a defence. Now, however, the furthest limits of Britain are thrown open, and the unknown always passes for the marvellous. But there are no tribes beyond us, nothing indeed but waves and rocks, and the yet more terrible Romans, from whose oppression escape is vainly sought by obedience and submission. Robbers of the world, having by their universal plunder exhausted the land, they rifle the deep. If the enemy be rich, they are rapacious; if he be poor, they lust for dominion; neither the east nor the west has been able to satisfy them. Alone among men they covet with equal eagerness poverty and riches. To robbery, slaughter, plunder, they give the lying name of empire; they make a solitude and call it peace

It is perhaps the most devastating critique of Roman power, of the whole 'civilising' mission of Empire ever written, all the more forceful because they were put together by an insider, the son-in-law of Agricola, the man who won the battle. It is a case against aggression; it is also, at a deeper level, the voice of the dead Republic, speaking against the Emperors.

In the Annals Tacitus concedes that the peace of Augustus was a necessary corrective to the chaos of the Civil Wars, though he does not agree that his dictatorship should have been made permanent. But his criticism is even more trenchant; for it is not a call for a return to the Republic, dead and gone; it is a critique of the Roman people, who lacked the strength of will and purpose to stand by their ancient freedoms. By this measure the despotism of Augustus was based on abdication and consensus. The Emperor, he wrote, had "won over the soldiers with gifts, the populace with cheap corn and all men with the sweets of repose." Bread and peace, in other words, had a higher value than freedom. After all, for the hungry, and for the fearful, even slavery has attractions.

For Tacitus safety and submission came at a high price; an Empire established by a desire for peace was maintained by terror. He takes great pains in his writing to record the 'tools of despotism', making note even of the names of informers, whom he considers to be especially loathsome. Rome, the master of the world, was a city ruled by fear, a fear that created a space between people, forcing them into solitude and isolation.

Tacitus, in a sense, identifies with an ideal of freedom, not represented in the self-interested anti-imperial conspiracies of his day. He finds this ideal far beyond Rome in the barbarian tribes of the north, in the Caledonians and in the Germans; in men like Calgacus and Arminius, to whom he also gave a voice in defence of freedom. In the Germania he contrasts the virtues of the barbarians with the vices of the Romans. Their courage, their simplicity and their sense of honour are all admired because, at the deepest level, they recall a time when such values were held high by the Romans themselves.

In the end even the peace secured at the price of freedom was a false trade for Tacitus, a 'dreadful peace', diminishing by degrees through the reign of Tiberius, Nero, and, worst of all, Domitian, savage rulers who produced a savage people. Yet there was still sources of redemption, examples to be followed, none better the Consul Marius Lepidus, who lived through difficult times, always observing the highest standards of conduct. Even under the worst forms of tyranny, Tacitus concludes, moral choices can and should be made.
Posted by Anastasia F-B at 17:04