Civilization and Death, exploring the Halls of Montezuma 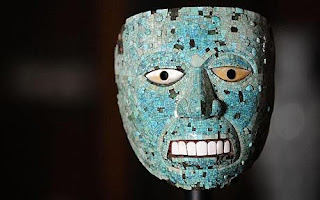 I’m sure that the National Museum of Anthropology in Mexico City must count among the best museums in the world; it’s certainly one of the best I’ve ever been to, with an absolutely wonderful collection of Mesoamerican artefacts, many from the time of the Aztec Empire. It’s where I first saw the teocalli, a votive sculpture cared at the beginning of the sixteenth century to mark the end of the 52-year calendar cycle, and bearing the image of Montezuma II. Well, now it’s in London, the centrepiece of a new exhibition at the British Museum, focusing on Montezuma himself as well as some of the wider aspects of the culture of the Mexica-the term the Aztecs used for themselves-and the final clash of empires that followed from the arrival of Cortés.

The Aztecs, as most people known, certainly people who have seen Mel Gibson’s Apocalypto, built a city that floated on water and a civilization that floated on blood. War and religion were closely united, in that campaigns were essentially pursued against their neighbours with the aim of taking captives who were then fed to the blood-thirsty gods, though this aspect is rather down-played in the exhibition itself. Though not generally understood this was the key to their downfall, not the fact that Cortés’s tiny force had firearms and horses. No, he had allies, Indian allies, enemies of the Aztecs.

So, given that the Aztec civilization was at heart a cult of death Boris Johnson, my favourite mayor in all the world, took to the pages of Monday’s Daily Telegraph to argue that their taste for killing presents a powerful case for colonialism and the intervention in the Americas of the oh-so benevolent Conquistadors (When one civilization deserves a bloody nose from another). Human sacrifice as practiced by the Aztecs was indeed horrible, a process by which the living heart was cut from the body by razor sharp obsidian blades; it certainly horrified the Spanish.

And yet, Boris, and yet. I wonder what an Aztec party coming to Spain would have made of the procedures of the Inquisition; what they would have made of the auto de fé, when living victims were cast to the flames in the name of another God, not a god of war, not a god who needed blood to rise in the morning, but a god of peace and love? Would they have been equally horrified? Yes, probably, because I imagine they would have been unable to work out why this was happening. There again, they may have sympathised with the ‘religious’ sacrifice of the Spanish in the way that the Spanish did not, could not, sympathise with theirs.

Boris, I know, is a Classical scholar and an admirer of the Roman Empire. So, let me take my imaginary Aztec travellers back in time to the days of the Caesars. What would they see? Why, yet another death cult, with ‘sacrifices’ across the Empire not for the benefit of the gods but for the passions of the mob. Now if our Aztecs were as technologically advanced in relative terms as the Spanish, if they came to Rome in the way that Cortés came to Tenochtitlan, if they had been as thoroughly destructive as the Spanish, we may never have heard of Virgil, of Livy, of Horace, of Cicero or of Seneca, as one imperial power built itself on the sands of another.

But I realise that this is all great fun, and that the dear mayor is writing partially tongue-in-cheek. What he and I can both agree on is that this is a super exhibition, worth going to see, and even worth the entirely voluntary sacrifice of a fiver. :-)) 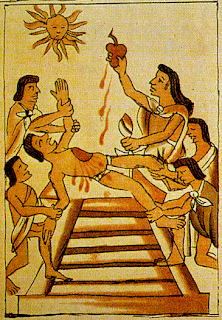 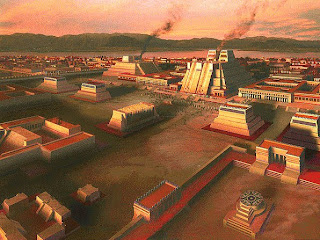 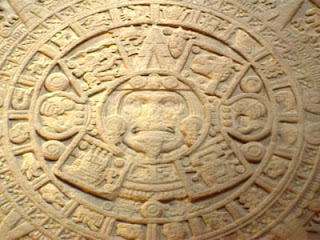