Was Franco a Fascist? 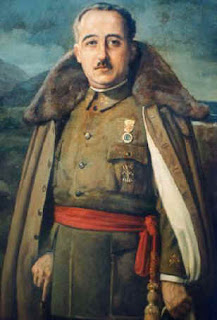 No, I do not believe he was. He was a Caudillo , a phenomenon of the Spanish-speaking world, to be found time and again across the history of the nineteenth century, in Europe and America. It's just that his particular Pronuncieamento came at a time when all such actions had to be viewed in twentieth century terms, giving the whole thing, insofar as it was a challenge to a left-wing government, Fascist ideological overtones. It might helps one to understand the difference between Franco's 'Fascism' if a comparison is made with that of Mussolini and Hitler, particularly in the way in which each attained power.

In Italy the Fascist state was built on an alliance between radicals and reactionaries, with a slight advantage, to begin with, to the former. But in 1943 the reactionaries, the cliques around the King, gathered sufficient strength to overthrow Mussolini. In Germany Hitler attained power on the basis of a similar alliance, though the conservative elements were far weaker than the radical. In 1944 the failure of a conservative reaction saw the complete triumph of the most radical forms of Fascism. In Spain the Falange radicals were always weaker than the conservative forces behind Franco. In the end, though the only official party allowed after the Civil War, it was entirely subordinated to a conservative dictatorship, providing little more than an increasingly irrelevant ideological gloss.
Posted by Anastasia F-B at 16:43