There was already a consciousness of Englishness and England before the Danish onslaught in the ninth century; before Alfred and even before Bede. However, England, as we have come to know it, and Englishness as a given identity, was formed, it might be said, by a gradual process of cultural and historical sedimentation. A loose identity was given a definite shape and direction by adversity; by war and the threat of war; by victory, and yes, by defeat. The successive victories of Alfred, of Ethelfleda and Edward the Elder established England on a new and more lasting basis, one that could not be threatened by the fresh wave of Norse invasions in the tenth and eleventh centuries, when the country was absorbed into a Danish empire.

Even so, this England, and once Anglo-Saxon and Viking, effectively came to an end with the Norman Conquest in 1066. No longer part of a Germanic and Scandinavian world, the country was drawn into the mainstream of European feudal civilization; no more than an appange, it might be said, of a trans-continental empire. And there it might have remained, no more politically significant than Provence, but for one man: good old, bad old King John. An unusual 'hero' of Englishness, I know; but it was his loss of Normandy and the bulk of the Angevin Empire that threw England back on itself; that gave the country a new sense of its political importance, notwithstanding the fact that there was still a huge cultural divide between an English-speaking peasantry and a French-speaking aristocracy. The victory of William Marshal over the invading force of Prince Louis was also an important step in safeguarding this new political independence and sense of self-reliance.

In considering the whole question of the formation of modern England by far the most significant figure of all, as far as I am concerned, has to be Edward III. It was he who began the political and cultural transformation of the nation; he who embarked on a War that helped form a new national consciousness; a war that consolidated and defined some of the country's most enduring political institutions. It was his patronage that turned St. George into a national saint, and his policy that, in 1362, saw English recognised as the 'tongue of the nation.' It was during his time that the old divisions between Norman-French and Anglo-Saxon became less and less distinct, and Englishness, the Englishness of Chaucer and others, emerged on its modern path 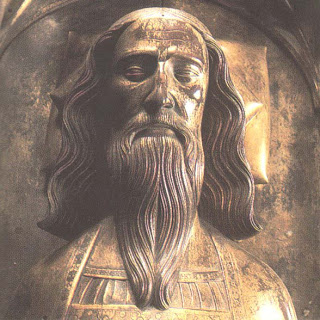