The Crime of Adam

Poor old Eve has, on a point of interpretation, has largely been made to carry the burden for 'seducing' Adam into disobedience. But since they both knew that eating the forbidden fruit was contrary to the command of God, I suppose they must be equally guilty. It was merely a question of whom the serpent approached first. Indeed, perhaps Adam is the more guilty, since of the two he had a longer acquaintance with the law.:) 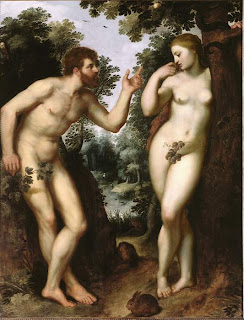