Do you know anyone who uses Twitter? I certainly don’t; none of my friends do. It seems to me-please forgive me for being so direct-a form of narcissism for the middle-aged, full of matters of no particular consequence, just endless babble and pointless self-promotion. When I say I don’t know anyone who uses it I simply mean I don’t anyone personally. I certainly know of people who tweet; people like Stephen Fry, the destitute person’s Oscar Wilde. Oh, and there is also Joker Brown, supposedly tweeting from Downing Street, and his frumpy wife, Sarah.

I have absolutely no interest in reading what the Joker tweets about, no desire to listen to his particular dawn chorus. I’m aware just how desperate the poor man is to appear cool, like some acutely embarrassing father. He’s a fan of the Arctic Monkeys; he watches Big Brother; he has time to congratulate our cricket team; he appears on You Tube; he twitters here, there and everywhere. But when it comes to the big issues, the things that really matter, the little bird simply refuses to sing.

We have a Prime Minister, a leader, who has not the first idea of what it takes to lead, no idea that leadership is not just about taking decisions; it’s about moral courage. On issue after issue the Joker has simply tried to hide behind his dour Presbyterian façade; issues like the conduct of the execrable Damian McBride, or issues like Parliamentary expenses. Oh, he always manages to do the ‘right thing’ in the end, but only after days of doing the wrong thing.

Now, after more wasted time, more wasted opportunities, he’s finally opened his beak to tweet about the release on compassionate grounds of Abdelbaset Ali Mohamed al Megrahi. He tweets, yes, but not very forcefully and not very loud. Once again his lack of action led to days of speculation, days when the nation drifted without a note from Downing Street or wherever the Joker happens to be. He now criticises the reception of Megrahi in Tripoli but he dare not say any more; he dare not enter a constitutional battle with the Scots; he dare not offend the Americans and-I have to stress this once again-he dare not offend the Libyans, not in any fundamental way.

As I said quite recently on my Gaddafi blog this whole issue has nothing at all to do with morality, with what is right and what is wrong: it’s about oil and it’s about gas; it’s about done deals and secret negotiations. I stress my point once again: this government is mired in gross moral turpitude. I am in dissimulation Stepped in so far that should I wade no more, Returning were as tedious as go o’er.

Why do I call the Joker the Joker? Well, I’m sure most people have seen his You Tube performance. Remember that bizarre smile? Now try to conjure up the figure of the Joker from the Batman movies. :-) 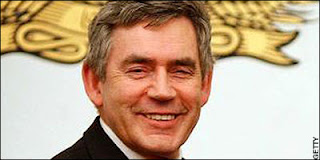 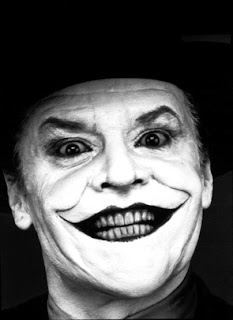