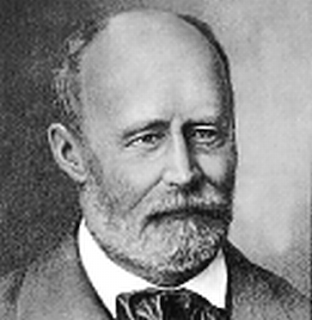 Paul Anton de Lagarde was one of those misty-minded right-wing intellectuals, ever in pursuit of nebulous notions of 'spiritual renewal'. This, he believed in the period before 1871, would come with German unification; that the creation of a new nation would also entail the creation of a new, more elevated type of human being. But the reality of the Second Reich came nowhere near his expectations, making his disappointment-and his reaction-all the greater. Indeed, he went so far as to argue that Bismarck's creation was the very antithesis of what he had looked for; that it was more likely to bring collapse rather than spiritual renewal. Quite simply, it was boring! The new Reich was stultifying; it crushed the individual beneath its stolid sobriety, and thus annihilated the only source of cultural vitality-"Everything depends on the human being, and Germany lacks nothing so much as men; there is nothing toward which Germany, with its adoration of the State, of public opinion, of Kultur, and of success, directs so much hostility as toward the individual, who alone can bring it life and honour
Posted by Anastasia F-B at 18:03