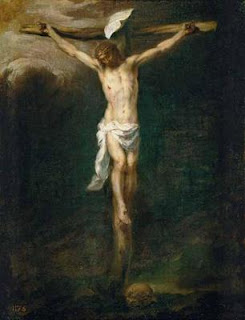 Let me identify what I see as the positive dimensions of Christianity, in the widest possible sense. The reasons, contained within each of the headings that are about to follow, are, I think, self-explanatory. What unifies them all is, I suppose, the inspiration behind faith, rather than faith itself. Anyway, here we go;

This is a book filled with mystery, with majesty, with poetry and with power, the power of words. I simply cannot imagine those who love words not also loving the Bible, one of the richest texts in human history. Some of my favourite passages are in the Old Testament, particularly in The Song of Songs and Ecclesiastes, rich with the most beautiful imagery in the English language. Yes, I know, it’s not Christian, but it is the foundation of all that was to follow. Now, if I turn to the New Testament, the words that move me most are those of St. Paul in 1 Corinthians;

1 If I speak with the tongues of men and of angels, but have not love, I am become sounding brass, or a clanging cymbal. 2 And if I have the gift of prophecy, and know all mysteries and all knowledge; and if I have all faith, so as to remove mountains, but have not love, I am nothing. 3 And if I bestow all my goods to feed the poor, and if I give my body to be burned, but have not love, it profiteth me nothing.
4 Love suffereth long, and is kind; love envieth not; love vaunteth not itself, is not puffed up, 5 doth not behave itself unseemly, seeketh not its own, is not provoked, taketh not account of evil; 6 rejoiceth not in unrighteousness, but rejoiceth with the truth; 7 beareth all things, believeth all things, hopeth all things, endureth all things.
8 Love never faileth: but whether there be prophecies, they shall be done away; whether there be tongues, they shall cease; whether there be knowledge, it shall be done away. 9 For we know in part, and we prophesy in part: 10 but when that which is perfect is come, that which is in part shall be done away. 11 When I was a child, I spake as a child, I felt as a child, I thought as a child: now that I am become a man, I have put away childish things. 12 For now we see in a mirror, darkly; but then face to face: now I know in part; but then shall I know even as also I have been known. 13 But now abideth faith, hope, love, these three; and the greatest of these is love.

It’s almost impossible to be succinct here, but try to imagine our experience, the experience of Western Civilization, of all civilization, without the writings inspired by Christian faith; from St Augustine to Thomas A Kempis (O quam cito transit Gloria mundi-How quickly the glory of the world passes away); from Dante to Gerald Manley Hopkins; From St Teresa of Avila, to The Book Of Common Prayer; from John Donne to Blaise Pascal. I alight like a sparrow in the garden, picking up a few crumbs here and there.

The Preservation of the Past

It’s no longer fashionable among historians, I know, to talk of the Dark Ages. Still, there was a period, when, but for the Christian Church, much of the literary tradition of the Classical world would have disappeared. There were also new beginnings. The history of my own country really begins with Bede of Jarrow, who stands in relation to England as Herodotus does to Greece. His History of the English Church and People contains another of my favourite texts, dealing with the final acceptance of Christianity, when one of the thanes, casting his weight behind the new religion, addresses the king;

The present life of man, O king, seems to me, in comparison of that time which is unknown to us, like to the swift flight of a sparrow through the room wherein you sit at supper in winter, with your commanders and ministers, and a good fire in the midst, whilst the storms of rain and snow prevail abroad; the sparrow, I say, flying in at one door, and immediately out at another, whilst he is within, is safe from the wintry storm; but after a short space of fair weather, he immediately vanishes out of your sight, into the dark winter from which he had emerged. So this life of man appears for a short space, but of what went before, or what is to follow, we are utterly ignorant. If, therefore, this new doctrine contains something more certain, it seems justly to deserve to be followed.

So much of our greatest art was inspired by Christianity, from the Byzantine icons to the paintings of Fra Angelico and El Greco; from the frescos of Giotto to the sculptures of Michelangelo. I visited the Sistine Chapel and find it difficult to describe the sheer power of The Last Judgement.

Again, where would much of our musical tradition be without the influence of the Church? I love so much sacred music, from Hildegard of Bingen to Gregorian chant; to the masses of Bach and Gounod. My favourite is Gounod’s Sanctus, from the St. Cecilia Mass. If that does not stir the soul I have no idea what would. :-)