Of Seers and Wolves

My family have a cottage in Easter Ross, which we visited just about every August when I was growing up, so I acquired over time a detailed insight into the myths and history of much of that part of Scotland, from the Dornoch Firth to Strathspey and Badenoch. Here are two of my favourites. 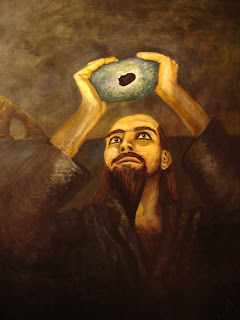 I touched in a another blog on the case of Mother Shipton, an English wise-woman and prophet. I thought I might complement that with a Scottish tale, that of Coinneach Odhar, the so-called Brahan Seer. He is reputed to have lived in the seventeenth century and been employed by the Mackenzie, Earls of Seaforth, though contemporary evidence is non-existent. He may, and the emphasis is on may, have been the descendant of a man of the same name who lived in the previous century, arrested in 1577 as ‘an enchanter.’

Odhar is remembered, like mother Shipton, for the prophecies he allegedly made, anticipating such things as the Battle of Culloden and the building of the Caledonian Canal. But he seems not to have anticipated his own gruesome demise. Having supposedly offended Lady Seaforth, he found himself arraigned on a charge of witchcraft. Having bn found guilty he was taken to Chanory Point on the Black Isle and there burnt to death in a spiked tar barrel.

The Wolf of Badenoch

Alexander Stewart, Lord of Badenoch and later Earl of Buchan, was one of the younger sons of King Robert II. Because of his fearsome reputation he was destined in pass into history as the Wolf of Badenoch. At no point was this reputation better deserved than in the destruction of Elgin Cathedral.

Alexander had married Eupheme, Countess of Ross, in 1382. But as the marriage proved childless in 1389 he asked for the assistance of the Bishop of Ross in obtaining a divorce. After the Bishop came down on the side of Eupheme, Alexander simply sent her packing, installing Mariota Athyn, his mistress, in her place. He was at once excommunicated and, in response to this, gathered a force of “wild, wykked Heilandmen”, in the words of the contemporary record, sacked the town of Forres, destroyed Pluscarden Abbey, finally arriving in Elgin, where the Cathedral, known as the Lantern of the North, was set alight. A little excessive, don’t you think? :)) 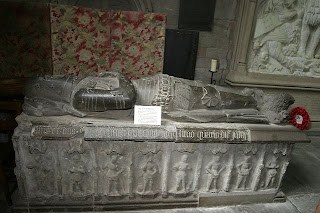