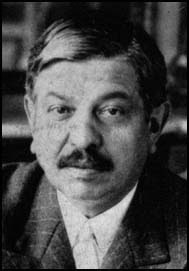 In thinking about any particular figure, any person of prominence, either living or dead, I try to imagine what kind of defence could be mounted at the bar of history before which they stand on arraignment. I suppose I think of myself as barrister, preparing cases for the defence, perhaps even trying to defend the indefensible.

There are some cases, I confess, where I would simply refuse the brief. I despise Tony Blair, Fidel Castro and Lenin too much ever to offer a defence, even under compulsion. There are also some beyond all defence s far as I am concerned. Here Mao Zedong, Pol Pot, Stalin and Hitler come to mind. But I might, without too much compulsion, offer an effective argument in favour of Mussolini, Franco and Philippe Petain. I would certainly use all the power I could muster to have Juan Peron and Engelbert Dollfuss acquitted. But let me offer a more tricky case, one I discussed with a group of French friends-that of Pierre Laval, twice prime minister of the Vichy administration, and a man much loathed in his native land. So, here is my argument, part defence and part plea in mitigation.

Poor Pierre Laval, most definitely the 'man you love to hate.' Even Marshall Petain, head of the Vichy state, said of him Ce Laval-quel fumier! (What horse shit) In a poll carried out Novelle Litterairies in 1980 on the fairness of his post-war trial, only 2% of the respondents said that he should have been acquitted. Indeed, Laval has become the ultimate scapegoat, the French Judas. There are still those who would excuse Petain, believing he acted for noble if misguided motives. Nobody defends or excuses Laval, who is held to represent the 'unacceptable face' of Vichy. Even his appearance was against him; he seems the very quintessence of the shifty and disreputable politician. He was the ultimate wheeler-dealer, reflected even in his nickname, the 'horse trader.'

What is to be said in his favour? Very little, I suppose, but I will try my best.
First and foremost, he set out to preserve his country, not to betray it. He was never in that sense a Quisling, and senior French fascists were kept out of the Vichy administration. His task, as he saw it, was to continue the work of Aristide Briand in ending the enmity between France and Germany. But whereas Briand had Gustav Stresemann, Laval had Hitler. He was also mindful of the fate of Poland under the Nazis, and saw active collaboration as a way of preventing a similar fate befalling France, thus ensuring that the country would have a role to play in the post-war settlement.

He did not 'believe' in a German victory; but he did expect it. His chief aim was to conclude a treaty that would end the occupation, bring French prisoners of war home, and secure France's overseas empire. His chief failure was that he never really understood that the Germans were not at all interested in maintaining a 'reasonable relationship', only in securing French support in advancing their war aims. Even his scheme to bring the prisoners of war home in return for sending French workers to Germany produced little in the way of practical returns, France giving far more than it received. He did his best to save the French Jews from deportation, but only at the sacrifice of those not of French nationality, which had the effect of turning his horse-trading into the grossest forms of moral turpitude.

He may indeed have been right, that things would have been worse without him, a defence that he made at his 'trial' in 1945. To the very end he preserved the semblance of an independent French state, and kept his long-standing promise that he would never consent to a declaration of war. The problem was that he simply lost all sight of the big picture, and that the collaboration which he believed would save France forced him into ever decreasing circle of compromise and betrayal. A more prudent politician would have said much and given little. Laval said much and gave even more. He remains a victim, to the end, of his own misconceptions; not a bad man, just a misguided one.
Posted by Anastasia F-B at 04:51