The Victorian Crisis of Faith 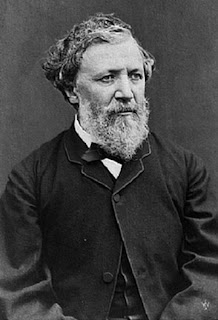 Robert Browning fashions Easter-Day as a discussion between two voices, exploring, amongst other things, the nature of faith, how insecure it is, and how necessary God's help is in sustaining it. The simple fact is that the Victorian world was beginning to lose some of its past certainties in matters of faith and religion, a process that the publication of David Strauss's The Life of Jesus helped to accelerate. Browning was later to say "I know the difficulty of believing...I know all that may be said against it [the Christian scheme of salvation] on the ground of history, of reason, of even moral sense. I grant even that it may be a fiction. But I am none the less convinced that the life and death of Christ, as Christians apprehend it, supply something that their humanity requires; and that is true for them."

The same uncertainty, the same crisis of faith, was also taken up by Matthew Arnold in "Dover Beach":

The sea is calm to-night.
The tide is full, the moon lies fair
Upon the straits; on the French coast the light
Gleams and is gone; the cliffs of England stand;
Glimmering and vast, out in the tranquil bay.
Come to the window, sweet is the night-air!
Only, from the long line of spray
Where the sea meets the moon-blanched land,
Listen! you hear the grating roar
Of pebbles which the waves draw back, and fling,
At their return, up the high strand,
Begin, and cease, and then again begin,
With tremulous cadence slow, and bring
The eternal note of sadness in.

Sophocles long ago
Heard it on the A gaean, and it brought
Into his mind the turbid ebb and flow
Of human misery; we
Find also in the sound a thought,
Hearing it by this distant northern sea.

The Sea of Faith
Was once, too, at the full, and round earth's shore
Lay like the folds of a bright girdle furled.
But now I only hear
Its melancholy, long, withdrawing roar,
Retreating, to the breath
Of the night-wind, down the vast edges drear
And naked shingles of the world.


Ah, love, let us be true
To one another! for the world, which seems
To lie before us like a land of dreams,
So various, so beautiful, so new,
Hath really neither joy, nor love, nor light,
Nor certitude, nor peace, nor help for pain;
And we are here as on a darkling plain
Swept with confused alarms of struggle and flight,
Where ignorant armies clash by night. 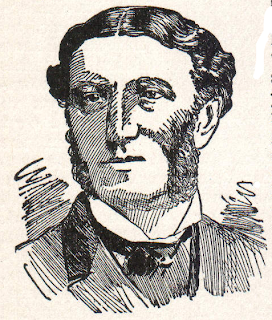