Disraeli, the Irish and the Jews 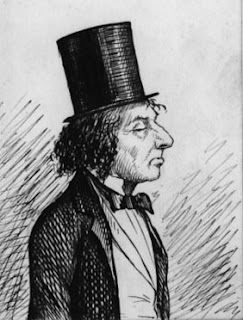 People may be mindful of Benjamin Disraeli’s famous defence of his Jewish ancestry in his quarrel with Daniel O’Connell, the first Catholic Irish Member of Parliament;

Yes, I am a Jew and when the ancestors of the right honourable gentleman were brutal savages in an unknown island, mine were priests in the temple of Solomon.

The story here is actually more complicated than usually assumed- that it was a straightforward attack on expressions of anti-Semitism. It was nothing of the kind. Insult had been traded for insult, and Disraeli had previously referred to O'Connell as an 'incendiary and a traitor.' The two men even came close to fighting a duel. Disraeli, in point of fact, was not a practicing Jew, but a Christian. Jews, as such, were not allowed entry to Parliament until 1858.

Another common error is that the remark was made in the House of Commons; it was not: it appeared in an open letter in The Times in 1835, addressed to Daniel O'Connell. During the Taunton by-election Disraeli, standing as a Tory, attacked the Whigs and their alliance with O'Connell, and the Irish radicals, in highly immoderate terms. He was particularly offensive in his remarks about the great Liberator. In response O'Connell, no less skilled in invective, denounced him as the 'worst possible type of Jew';

He has just the qualities of that impertinent thief on the cross, and I verily believe, if Mr. Disraeli's family herald were to be examined and his genealogy traced, that same personage would be discovered to be the heir at law of the exalted individual to whom I allude.

Disraeli responded by challenging O'Connell's son, Morgan, to a duel; and when this was refused his letter with the famous quote was published. O'Connell was not, in fact, denouncing Disraeli as a Jew as such, but as the descendent of a criminal. Disraeli took the occasion not just to celebrate a more elevated Jewish ancestry-the priests in the temple-, but to denounce the 'savage' Irish, in terms that would have appealed to all the prejudices of Victorian England. There is no evidence at all that O’Connell was anti-Jewish as opposed to anti-Disraeli. There is plenty of evidence that Disraeli was anti-Irish. 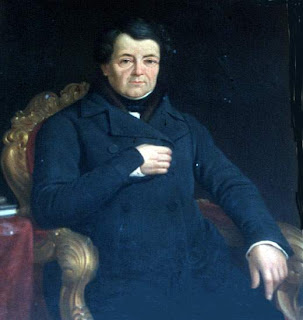