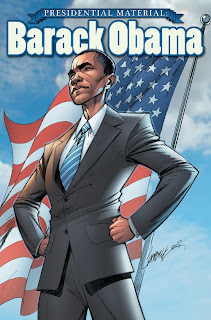 It’s not been a super year for Super Obama, that sheep in sheep’s clothing. The Sermon on the Mount rhetoric continues, but he is now beyond the stage where you can fool all of the people some of the time. Seemingly his approval rating is now lower at this stage in office, his first anniversary, than any president since Eisenhower.

Is there really any surprise in this? It was possible to predict this rather dismal outcome from those big, vacuous campaign speeches, promising all things to all people. There was never any lie; Obama genuinely believed in what he was saying, I would certainly give him that much, which makes the offence all the greater. Politics is not about ‘vision’; politics is about reality, and the self-deluding Obama was never more than a fantasist. Now reality kicks in. He promised a change when he was inaugurated last January. There has certainly been change, and all for the worst.

It’s a dismal picture. Unemployment is rising, house prices continue to fall, Guantanamo is still open and the war in Afghanistan is getting steadily more Vietnam-like and less popular by the day. It makes no difference if he wins peace prizes for no peace, the fairy-tale is over. The thing is America and the world, a good part of the world, was seduced by the Obama myth, the myth of the first black man in the White House. Here was Moses pointing a finger to the Promised Land; here was a man who would bring Americans together. But this was not Moses, it was not even Aaron; it was just, well, Barack Obama, just another Democrat, just another politician. He was deluded, America was deluded, the world was deluded.

Yes, the wind is still there, so, too, is big government and higher taxation, forms of creeping socialism that Obama does have to his credit. But as for bringing Americans together he has gone so far in the opposite direction that I cannot think of a chief executive who ever had a more divisive effect, and I’m not excluding George W. Bush! I read a report from one electoral county in Kentucky, a mining district, solidly blue collared; the sort of district that would elect Charles Manson before it would elect a Republican. Now, according to local people, even Charles Manson as a Republican could beat Barack Obama.

Year one has been bad; year two, I predict, will be even worse.
Posted by Anastasia F-B at 16:02