Spirits of the Water 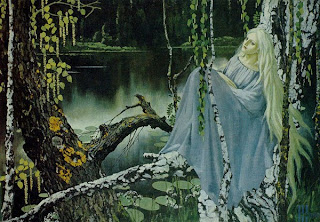 I’ve been dipping heavily into Russian folk tales recently, having received a copy of A, N Afanas’ev’s classic collection at Christmas. Some of the stuff I already knew, the tales of the wonderful Baba Yaga, among them, but I’m making fresh discoveries. Amongst these is the Rusalka, the intriguing Russian nature spirits.

Rusalka, exclusively female, are associated with water, fields and forests. Often gathering in groups, they can be young and beautiful or old and scary, but never feeble. If the come as crones they also come with considerable power. They also have shape-shifting abilities.

Coming from the same roots as Rus and Russia, they are sometimes classified as primal Russian or totemic spirits, fertility spirits. Another suggestion is that they are the souls of women who have drowned, by accident or by design, again recalling older practices of human sacrifice. With the advent of Christianity a new explanation was offered: that they were the souls of women and girls who died anabaptised, clearly intended to frighten people into the bowers of the church. Quite frankly, I’m far more attracted to the notion of an eternity as a spirit of water than a soul in the Christian heaven…or hell. :-)

Because of their shape-shifting descriptions of their appearance naturally vary quite widely. Sometimes they are described as beautiful, wild-haired and big-breasted women, always appearing naked, occasionally with poppies in their hair. Other descriptions have them as bloated, pale and ugly like drowned corpses. Here a scene in The Shining movie comes to mind, that where the young woman emerging from the bath turns into a decayed hag!

Rusalka were venerated for centuries as benevolent spirits, but they can also be dangerous. They sometimes live in rye fields as attendants of the Corn Mother, Baba Yaga, acting as guardians of the crop. In the Ukraine they perch on birch trees like birds, where they sit grooming themselves in the spring and weaving linen garments. In other legends they live in underwater palaces in the winter, coming to the surface and the trees in the warmer weather.

Getting bored of the quiet forest life, the Rusalka are said to seduce and kill mortal men. Whether this is a trace of distant human sacrifice or Christian defamation is now impossible to say. They were also said to have come down from the trees at might to perform a circle dance by the light of the moon. Those unfortunate to come across this spectacle are promptly drowned, water being the weapon as well as the home of the Rusalka. So, water is death, but it is also life; their water, taken from secret wells in the forest, was considered to have the power of healing. 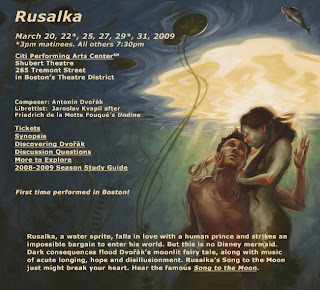 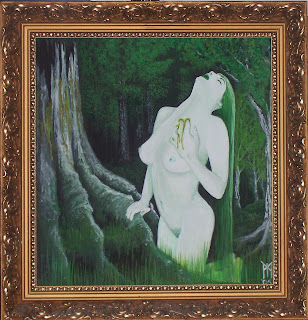 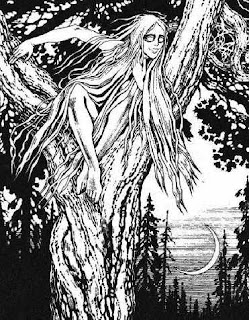