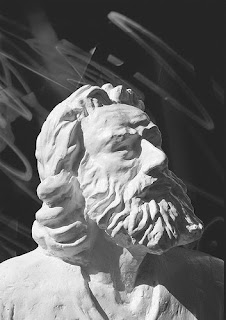 I’ve always believed it wrong to perceive of Islam as a monolith. There are acute divisions with the faith community beyond the obvious centuries-old conflict between the Sunni and the Shiite. The Taliban represents not just a fundamentalist counter-attack on the west but a challenge also to all alternative paths in Islam, including Sufism, a gentler, more tolerant and far more spiritually-based tradition.

I’ve picked up on some of what’s been happening in Pakistan, things that have largely escaped attention in the west, from a reading of Spiritual Awakening, an essay by William Dalrymple in the Christmas edition of the New Statesman.

As a physical sign of its intolerance last year the Taliban blew up the shrine of Rahman Baba, a seventeenth century Pashtun poet and saint, at the foot of the Khyber Pass. For centuries poets and musicians had gathered here to praise the saint through their art. The rot began ten years ago when a Wahhabi madrasa was built at the end of the track leading to the Sufi shrine. Soon after the students took it upon themselves to halt the allegedly un-Islamic practices of the pilgrims. People were verbally abused and women told to stay at home. Occasional acts of violence followed. Of this the keeper of the shrine said;

Before the Afghan war there was nothing like this. But then the Saudis came with their propaganda to stop visiting the saints, and to stop us preaching ishq [love]. Now this trouble happens more and more frequently.

The end came in March 2009 when dynamite was placed around the dome, completely destroying the inner chamber. In a press release the Taliban blamed the shrine for opening its doors to women and allowing them to pray and seek healing there. Following this there have been other attacks on shrines in areas under the control of the Taliban. Still, if the Sufis of the North-West Frontier are in flight those in Sind are mounting a strong defence, both of their saints and their traditions. One female devotee put it this;

I sometimes feel it is my duty to protect the Sufi saints, just as they have protected me. Today in our Pakistan there are so many of these mullahs and Wahhabis and Tablighis who say that to pay respect to the saints in their shrines is heresy. Those hypocrites! They sit there reading their law books and arguing about how long their beards should be, and fail to listen to the true message of the Prophet. Mullahs and Azazeel [Satan] are the same thing.

It seems to me that the best observation on the mind-set of the Taliban was made over two centuries ago by Shah Abdul Latif, another Sufi saint and poet:

Why call yourself a scholar, o mullah?
You are lost in words.

You keep on speaking nonsense,
Then you worship yourself.

Despite seeing God with your own eyes,
You dive into the dirt.

We Sufis have taken the flesh from
The Holy Quran,
While you dogs are fighting with each other.

Always tearing each other apart,
For the privilege of gnawing at the bones. 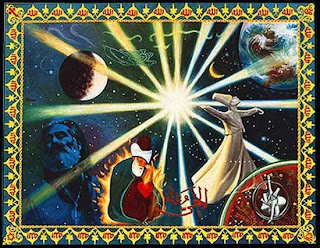 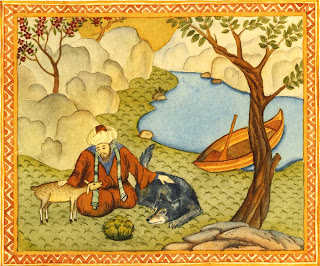 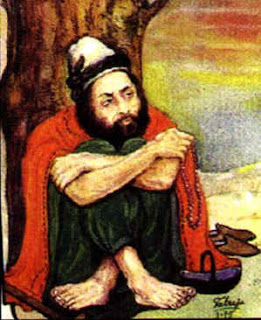 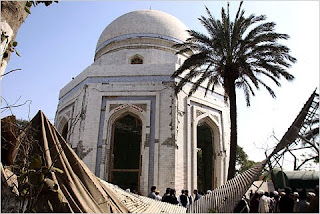