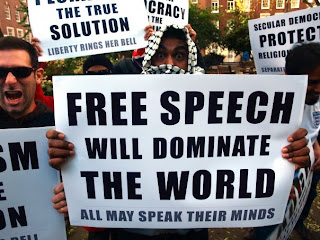 What follows was in part inspired by the editorial in the latest issue of The Spectator (A golden age for fascism) and in part by previous pieces I have written here, particularly The Resistible Rise of the BNP and All Votes Are Equal But Some Are More Equal Than Others.

I’m sure it is no revelation to most of you if I say that fascism and hate feed off fascism and hate. The rise of the British National Party, as The Spectator says, now owes little to the anti-coloured vote, rather a thing of the past, and everything to the equivalent rise of Islamofacism. Just as the Nazis needed the Communists in the days of the Weimar Republic, so, too, does the BNP need the likes of Islam4UK and the reaction this movement induces.

Nick Griffin and the equally vile Anjem Choudary are distilled from the same poison; they are brothers from the same womb. If we ever do have fascism in this country then it will be thanks to reactionary Islam, just as Hitler owed thanks to the German Communist Party. We will not ever have Islam4UK, but may we very well have Extermism4UK.

But there is something else; there is the shameful silence over mass immigration by the political class at Westminster; silence by Labour, which created the problem, and silence by the Tories, fearful of the accusation of racism. It’s against this silence that the BNP made its electoral strides, the most successful fascist party this country has ever seen. It was Margaret Thatcher who killed the last fascist wave, that of the National Front, by making fears over immigration mainstream, part of the Conservative agenda. My goodness; if people felt that they were being ‘swamped’ then they are being drowned now.

Still there is only silence from the political establishment as the fascists and the Islamofascists shout louder and louder. But although the Tories might be partially at fault here it is the Labour government that is by far the most culpable in the nurturing extremism, not just by allowing mass migration, but by new forms appeasement and old forms of neglect; appeasement of Islamic radicals and neglect of the Old Labour heartlands. Here is part of what I wrote in ‘The Resistible Rise of the BNP’;

…the ‘outcasts’, for want of a better term, are the traditional working class, once the backbone of Labour and the Labour movement. These are the people who have continually been taken for granted by the corrupt political oligarchy that controls England at the present; the New Labour establishment, created by the Tony Blair, and perpetuated by Gordon Brown; an establishment that concocted ‘marshmallow politics’ out of spin, sound bites, media manipulation and outright lies.

I have more still to add to this mix. Though not generally recognised contempt for certain sections of the lower classes has been a fairly constant feature of the Labour establishment, originating in the likes of such left-liberal icons as Sidney and Beatrice Webb and William Beveridge. One of the principle targets of the 2009 Welfare Reform Act was the ‘undeserving poor’ always to be separated out from those ‘hard working families’, another New Labour mantra. But there are huge areas, Labour areas, old, corrupt Labour rotten boroughs where this approach has induced high levels of insecurity and anxiety, a feeling of abandonment. Add to this the fears over mass emigration and Islamic extremists then a bad situation becomes positively lethal.

Labour is thus the godfather of the new-style of British fascism, however one chooses to define it. Their only refuge and defence is in silence. 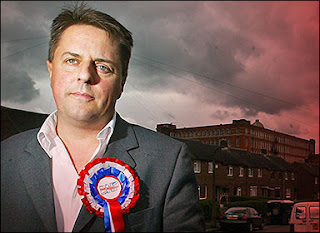 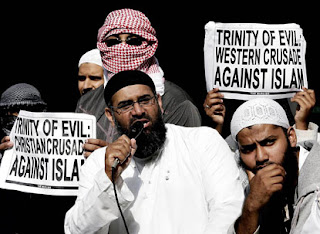