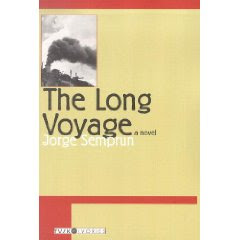 I confess I had never heard of Jorge Semprun, a prominent Spanish writer, politician and former government minister, until I picked up The Long Voyage (Le grand voyage), an autobiographical novel based upon his experiences in the Second World War. The voyage itself, a train journey, is the framework around which this astonishing narrative is constructed, as the author moves back through memory to times past and times future, always returning to a times present, a cattle truck packed full of men, a present which itself is only a memory. The Long Voyage is also available under the English title of The Cattle Truck which seems to me to miss the whole point.

I bought this book because I have a particular interest in Holocaust literature; it was simply another one in a series. But the reading was not quite as I expected. Translated from the original Spanish, the prose is simple, undemonstrative and superbly crafted. Still, this is no simple tale. In a sense there is no beginning, just as there is no end: the novel’s fractured chronology sifts from one event to another, back and forward across memory and time. The immediate voyage is a journey to Buchenwald; the longer voyage is a passage through fragments of the author’s life, a cross-section of seventeen years.

Manuel, as Semprun appears in the novel, is a Spanish communist who fled the country after the victory of Franco. He is later involved in the French Resistance against the Nazis under the code name of Gerard. In 1943 he was captured. He is imprisoned first in France before being transported with over a hundred other men to a destination ‘near Weimar.’ The truck is so crowded that the men are unable to sit down, let alone move around. The horror is compounded by the slowness of the journey, through five days and nights, a journey without food or water, a journey where even air is a premium.

During this time Manuel’s closest companion is a man only ever identified as the ‘guy from Semur.’ He seems strong and in control; he seems like a survivor. It comes as a jolt, then, when Manuel, shifting between events, simply says that the ‘guy from Semur’ was ‘left behind’ in the boxcar, that it was there that his particular journey came to an end. Later in the narrative we discover that he died on the last night, as the train approached Buchenwald, his final words to Manuel being “Don’t leave me pal.”

Yes, a terrible journey, but there are journeys even more terrible. One of Manuel’s experiences was witnessing the outcome of one that a group of Jews were made to take, even more packed and in the middle of winter. When their car is opened they are found mostly dead, either of hunger or of cold. The car is unloaded as if wood was being transported. And there are more terrible ends than that of the ‘guy from Semur’; the end of a group of Jewish children, beaten and torn apart by the SS and their dogs.

There are other conversations in this tapestry in time other than that with the ‘guy from Semur; conversations in the past and conversations in the future; in Spain, in Holland, in France and again in France. In one, after the liberation in April 1945, when the prisoners can wander around freely, Manuel visits an old lady whose house overlooks the camp, with a clear view of the crematoria. He asks her if she could see the flames in the evening, a rhetorical question, because there is no doubt that she could. Clearly frightened the woman tells Manuel that both her sons were killed in the war;

She throws the bodies of her two sons at me for fodder, she takes refuge behind the lifeless bodies of her two sons killed in the war. She’s trying to make me believe that all suffering is the same, that the dead all weigh the same. As a counter-balance for all my dead friends, for the weight of their ashes, she’s offering the weight of her own suffering. But the dead don’t all weigh the same, of course. No corpse of the German army will ever weight as much as the smoke of one of my dead companions.

“I hope so, I really hope they’re dead”… 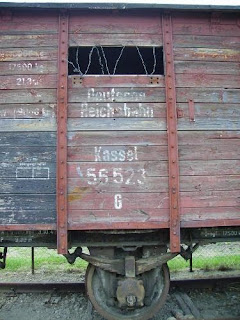 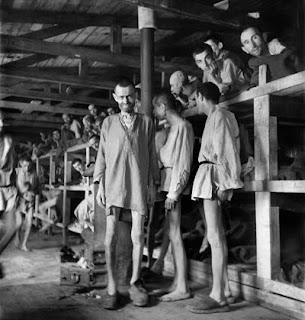 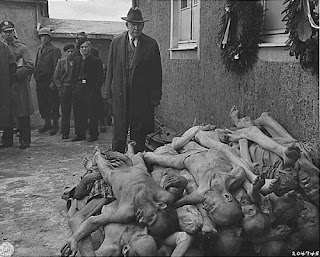 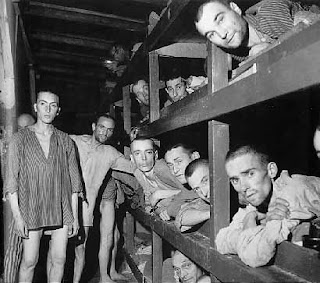 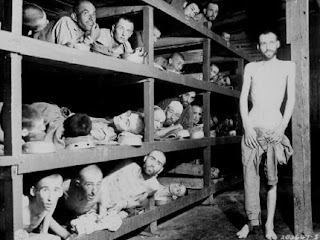