The Taliban and Trotsky 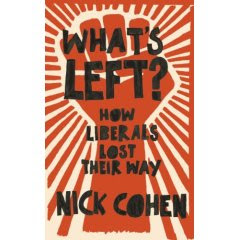 Writing in the latest issue of Standpoint Michael Burleigh laments the dominance of the left in higher education. Thinking specifically of history departments he says that the eminence reached by the likes of Karl-Dietrich Bracher, Alain Besançon and Klaus Hilbebrand, all prominent European historians, is unimaginable in a country that regards Eric Hobsbawn as the apogee of academic excellence.

Hobsbawn, for those who may not know his work, is a first-rate Stalinist hack and a third-rate scholar, so Burleigh certainly has a point though I rather think he overstates his case. Hobsbawm, you see, is rather like one of those old Soviet-era statues, banished to the margins of the city and the edges of consciousness. He is among those people, though still alive, one imagines has died years ago.

Looking at things from within the citadel I can certainly see changes, a growing impatience among people of my generation with the left-wing platitudes and shibboleths of the past. In a sense academics and intellectuals operate a little like a themomoter, taking the temperature of the age. The old Marxist ‘new’ left, people like E. P. Thomson and Christopher Hill, may have shaped the consciousness of a generation that grew to maturity in the 1960s and 1970s. But they are gone; their influence is gone. Now one would be hard pushed to name a left-wing historian of any real ststure and significance. Instead there is Andrew Roberts, Naill Fergusson (my poster boy!) and, of course, Michael Burleigh!

More generally the left, the intellectual left, is more confused, muddle-headed and lacking in direction than it has ever been. In What’s Left: How Liberals Lost Their Way Nick Cohen might be said to have written the perfect obituary for people who now see the most reactionary and fascistic forms of Islam as an ally against ‘imperialism’. They have a vague idea of what they hate but no real idea of what they love; no idea where they are going; no coherent programme and no sense of direction. Alas, the Taliban and Trotsky don’t sit well together.
Posted by Anastasia F-B at 15:51