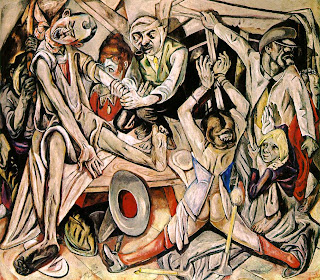 Max Beckmann was a German painter often associated with Expressionism, who later became a leading influence on the Neue Sachlichkeit (New Objectivity) in the 1920s. The one painting of his that moves and disturbs me most is The Night, painted just after the First World War, during which the artist, who was a medical orderly, had a nervous breakdown in the face of the suffering he witnessed.

The Night is one of his most recognised works, a brilliant but bleak painting, depicting a world of arbitrary violence, violence without redemption or purpose. It is a violence that comes from everywhere and nowhere, and was to be a prophetic image of Germany-and Europe's future. The pictorial vision derives ultimately from Matthias Grünewald and the German Middle Ages. 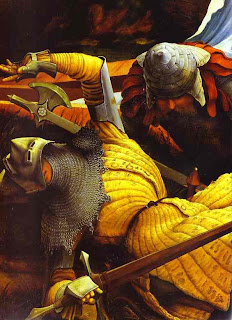 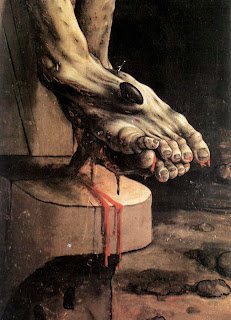