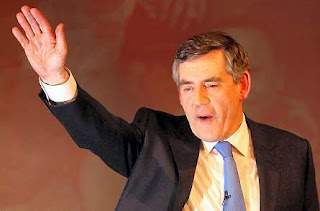 The present manoeuvring in the Labour Party calls to mind an episode in the history of the Roman Empire known as the Crisis of the Third Century. There were a number of elements to this but an avaricious desire for the imperial purple was of singular importance.

You see, it was a time when just about any ambitious general thought he could do a better job than the incumbent emperor, and when to be emperor was to face ever multiplying plots and conspiracies. An example was set when one man succeeded to the throne by assassinating his predecessor, and so it went down a predictable and depressing path

So, there he is, the old tired emperor, Augustus Gordianus, having assumed the imperial diadem by disloyalty and plotting against his predecessor, Caesar Antoninus not so very Pius. He set the example; others now look to follow. How can he call for loyalty, when he has a commendable record of disloyalty? But there are so many likely successors, each more than anxious to steal a march over their rivals.

There is, of course, Ed Balls, no doubt the preferred choice for Gordianus, but with his record of disloyalty to the old regime and toadying to the new he is not exactly a welcome choice among the legions. It’s worth remembering, as The Spectator points out, that the trigger for the cabinet crisis last June was the old emperor’s attempt to crown darling Ed as Chancellor. That little storm was only headed off by Senator Mandelson. People may despair of Gordianus, but they clearly loath Balls.

Now, what about the praetorian prefects? Who among them can expect a loyal following, a crowning by acclimation? There is, of course, David ‘I’m no Heseltine’ Miliband, who rather like Claudius, hid not once but twice behind the curtain when the guard looked to dethrone the emperor. Not a man, one would have thought, with a tremendous amount of backbone. He is hungry for power, yes, but he prefers to wait for history rather than make history; he is the ‘come and get me man.’ In the end that curtain may never be pulled aside. There is Harriet Harperson, also noted for lukewarm loyalty and who probably rivals Balls as the least popular person in the parliamentary Labour Party.

When one thinks about it this is Gordianus’s great strength; this is what has kept him on his shaky throne through financial plagues and barbarian invasions: there really is no credible alternative; there is no Diocletian waiting in the wings. He is the destiny this wretched government cannot escape. Now a little bit of Waugh comes to mind, appropriately enough from Decline and Fall- “And the only interest about him arises from the unusual series of events of which his shadow was witness” 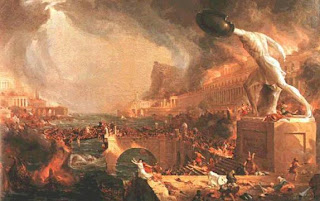 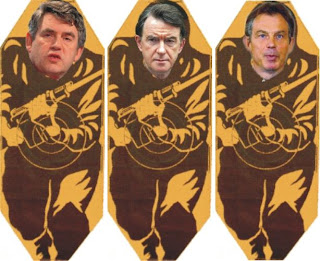