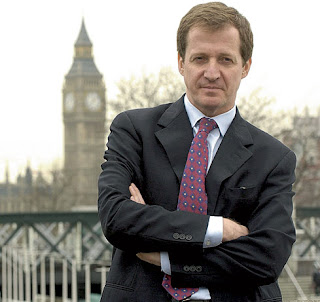 The dog barked. Alistair Campbell appeared before the Chilcot Inquiry into the Iraq War defending his actions and the actions of his master. We should really be proud of the decision to go to war, he growled, a decision that cost the lives goodness knows how many innocent people, a decision that, in my estimation at lest, ranks high among the worst foreign policy disasters in this country’s history, far higher than the betrayal of Czechoslovakia at Munich.

But the dog barked; it did as it was expected, it performed as it was trained to perform. After all one does not expect any moral sense, any sense of guilt, from a dog, does one? The secrets and lies, the dodgy dossiers are all behind us now, a dog’s mess; it happened, people died; we should be proud.

I have a question. How could a man of Campbell’s calibre, a man who held no elected office, ever have been involved in the high counsels of this nation? How could he have been involved in one of the most important decisions of this century when even cabinet ministers and members of parliament were excluded? Even more important, why was the propaganda machine he operated allowed such licence, such scope and such wide-ranging influence? I have no ready answer other than to say it is another sign of the degeneration of government under this present Labour ministry. I wonder what Walter Bagehot, the classic commentator on the operation of the British constitution, would have made of the way the game is played now

We should be grateful, I suppose, for two small crumbs that came out during the dog’s ‘interrogation’: that Gordon Brown was closely involved in the war game, as much as he would now like to distance himself, and that Blair promised Bush that if the invasion went ahead that “Britain will definitely be there”, effectively usurping the powers of the monarch and parliament, taking upon himself forms of dictatorial authority. At no point after was the parliament or the nation informed of this shabby assurance, that its approval had simply been ‘assumed.’ The invasion of Iraq was like justice in the Old West: give the accused a fair trial and then string him up. There is no doubt at all in my mind that this war was, by all standards of morality and law, an illegal act of aggression, the consequences of which are likely to be felt for decades yet.

How politics and public life have been cheapened and traduced over the past dozen years by Labour, Labour of the Iraq War and Labour of the Expenses Scandal. How parlous now the legitimacy of our democratic process. The country can only take so much abuse, our democracy can only take so much abuse, and Labour has abused it beyond measure, with damage levels far greater now than they were in 1951, 1970 and 1979, the previous years when the country was liberated from the control of these incompetents.

I try to be optimistic about the future but I am not sure if the country fully understands just how badly governed we have been since things could only get better in 1997; it may take decades for a full realisation to mature. Meanwhile, will we ever again believe a prime minister who tells us that we face a ‘credible’ threat from a foreign power? If one is of a mind to tell a lie just make sure that it’s a big one, a piece of advice that Blondie Campbell might very well have taken from another national leader, another lover of dogs.
Posted by Anastasia F-B at 15:44