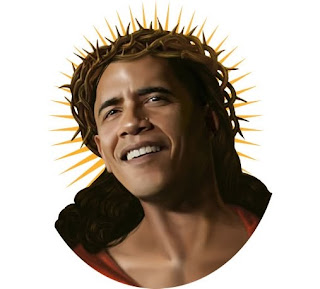 In the week that Super Obama delivered his State of the Union address I thought I'd say a word or two about his foreign policy.

For America to appear weak is a genuine danger to us all, a danger to the free world. Under the guidance of Obama and Hilary Clinton, his Secretary of State, America appears not just as weak but weak and indecisive to the point of absurdity. I sincerely hope that no challenge to the Monroe Doctrine emerges under the present administration. The Emperor Maximilian, sadly for him, was obviously born at the wrong time in history!

Take the case of China. Obama went there last year almost as a supplicant, not daring to raise the issue of Tibet, not even daring to meet the Dali Lama beforehand in case he ‘offended’ his hosts. All he could do was to make some vacuous noises about internet censorship before a hand-picked audience of communist cadres. One thing is sure, nobody is ever going to compose an opera to mark this less than historic occasion; perhaps a ditty or two might serve.

Then there is Iran, where the democratic opposition to the clerical tyranny cries to the world for some support and assistance, even if that support and assistance is only in the form of moral encouragement. There is no ‘evil empire’ rhetoric from Obama. Instead he holds out his hand to the likes of Ahmadinejad and Khameni, referring to the country as the Islamic Republic of Iran, as if it were the property of the ayatollahs, Nick Cohen rightly observed. And where did this appeasement get him? Nowhere, absolutely nowhere. Add to this his dithering over reinforcements for Afghanistan and the impression of weakness was compounded to a disastrous degree.

You see, this was all part of a bogus international charm offense. This was a president who really did think it was enough not to be George W. Bush; that not being George W. Bush, and mouthing windy platitudes, would be enough to open doors. He was seduced by his own myth, as indeed was the Noble Peace Committee in awarding what really should be rebranded as the Not the George W Bush Prize.

But the world is not made up of simple-minded and idealistic Scandinavians; the world is made up of cynics and realists like Vlad the Impaler Putin. They are well used to village idiots in Russia, a stock figure across so much of the national literature. But who would expect an American coming to offer himself in the part?

I’m mindful of Aneurin Bevan’s warning to the unilateralists in the British Labour Party that to abandon nuclear weapons would be to send a foreign secretary “naked into the conference chamber.” Obama did not even get as far as the conference chamber; he just knocked on Putin’s door, already naked, telling him that he was abandoning Bush’s missile defence programme, hoping that this, and a big smile, would result in something in return. What did he get? Yes, you already know the answer – nothing.

I do so hate repeating myself but it really is true that the world is not Wisconsin, a simple truth that Obama does not understand. The lofty visions and the empty rhetoric do not work on a stage where only realpolitik is effective and only students of Machiavelli know how to play the part. Obama must appear in so many capitals a little like the Holy Fool, as he did in Russia: too good for his own good; to good for the good of America; too good for the good of the free world.
Posted by Anastasia F-B at 16:20