Yes, Fur is Back 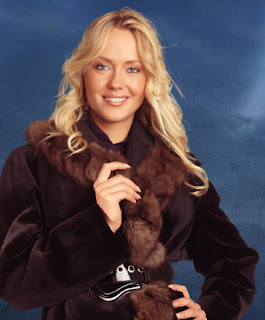 In a previous blog (The Devil Wears Fur) I noted that fur was beginning to make a comeback despite the hysterical campaigning of PETA and other ‘animal rights’ fanatics. The recent cold weather has confirmed the trend. Fur coats are even to be seen in Crouch End, the politically correct North London suburb, so says Justine Picardine in The Sunday Telegraph. Now that really is something!

Apparently some veggies are even wearing fur stoles, wraps and jackets, just so long as it’s ‘vintage,’ another word for hand-me-down. The Crouch trend marches across London. The street markets of Camden, Brick Lane and Portobello all report brisk sales of old fur for young women, though it was virtually unseen at this time last year.

But its not just the old stuff; the British Fur Trade Association says that there has been a significant upsurge in sales in the UK market, bringing us into line with trends on the Continent, where people never shared our, ahem, hair shirt attitudes. World trade in fur accounted for some $13 billion in 2008, an increase of 60% over the 1990s.

PETA, of course, continues its naming and shaming campaign, adding Burberry, Madonna, the Olsen Twins and Liz Hurley to their hate list. But who cares about those joyless fanatics and harridans; certainly not I.

I said in my previous blog that I already have a leather jacket trimmed with rabbit fur and a Russian ushanka in the same material. Now, if our present weather trend continues mother has said that she will buy me a mink jacket, new, of course, not vintage.
Posted by Anastasia F-B at 16:27