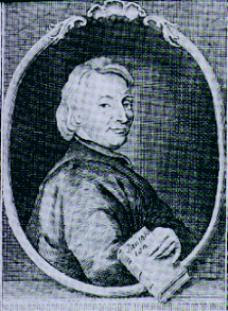 Sadly, John Toland was a man not of his time; a man who advocated principles of virtue in duty had little place in the England of Robert Walpole, governed by cynicism and self-interest. His intellectual reputation, moreover, was subsequently eclipsed by the likes of John Locke and David Hume, and still more by Montesquieu and the French radical thinkers. Edmund Burke in his Reflections on the Revolution in France wrote dismissively of Toland and his fellows- "Who, born within the last 40 years, has read one word of Collins, and Toland, and Tindal, and Chubb, and Morgan, and that whole race who called themselves Freethinkers?"

In Christianity not Mysterious, the book for which he is best know, he laid down a challenge not just to the authority of the established church, but to all inherited and unquestioned authority. It was thus as radical politically and philosophically, as it was theologically. This, and his political views, has given him an afterlife that could never have been dreamed of by Burke. It has even been argued that he was the 'first Marxist' because of his views on the relationship between matter and motion.

Bit by bit Toland's views grew more radical. His opposition to hierarchy in the church also led to opposition to hierarchy in the state; bishops and kings, in other words, were as bad as each other, and monarchy had no God-given sanction as a form of government. In his 1704 Letters to Serena-in which he coins the expression 'pantheism'-he carefully analyses the manner in which truth is arrived at, and why people are prone, as the Marxists might express it, to forms of 'false consciousness.'

In politics his most radical proposition was that liberty was a defining characteristic of what it means to be human. Political institutions should be designed to guarantee freedom, not simply to establish order. For Toland, reason and tolerance were the twin pillars of the good society. This was Whigism at its most intellectually refined, the very antithesis of the Tory belief in sacred authority in both church and state. Toland's belief in the need for perfect equality among free-born citizens was extended to the Jewish community, tolerated, but still outsiders in early eighteenth century England. In his 1714 Reasons for Naturalising the Jews he was the first to advocate full citizenship and equal rights for Jewish people.

Toland's world was not all detached intellectual speculation, though. There was also an incendiary element to his political pamphleteering, and he was not beyond whipping up some of the baser anti-Catholic sentiments of the day in his attacks on the Jacobites. He also produced some highly controversial polemics, including the Treatise of Three Imposters, in which Christianity, Judaism and Islam are all condemned as the three great political frauds.

His republican sympathies were also evidenced by his editing of the writings of some of the great radicals of the 1650s, including James Harrington, Algernon Sydney, Edmund Ludlow and John Milton. In his support for the Hanoverian monarchy he somewhat moderated his republican sentiments; though his ideal kingship was one that would work towards achieving civic virtue and social harmony, a 'just liberty' and the 'preservation and improvement of our reason.' But George I and the greedy oligarchy behind Walpole were about as far from Toland's ideal as it is possible to get. In many ways he was indeed a man born both too late and too early. 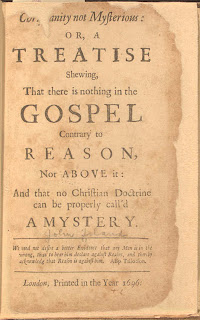