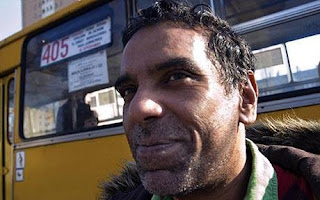 I’ve been rather out of the loop so far as news is concerned, not really paying that much heed to what was going on in the outside world. The one thing that did catch my attention was a report on CNN about the execution of Akmal Shaikh in China for drug smuggling.

To begin with I should make it clear that I am opposed to the death penalty, which seems to me to be altogether barbarous no matter where it is carried out, and no matter by whom; in a democracy like America or in a dictatorship like China. In thinking of it I recall a passage in George Orwell’s essay "A Hanging":

It is curious, but till that moment I had never realized what it means to destroy a healthy, conscious man. When I saw the prisoner step aside to avoid the puddle, I saw the mystery, the unspeakable wrongness, of cutting a life short when it is in full tide. This man was not dying, he was alive just as we were alive. All the organs of his body were working — bowels digesting food, skin renewing itself, nails growing, tissues forming — all toiling away in solemn foolery. His nails would still be growing when he stood on the drop, when he was falling through the air with a tenth of a second to live. His eyes saw the yellow gravel and the grey walls, and his brain still remembered, foresaw, reasoned — reasoned even about puddles. He and we were a party of men walking together, seeing, hearing, feeling, understanding the same world; and in two minutes, with a sudden snap, one of us would be gone — one mind less, one world less.

Yes, it is a terrible thing just as a slow death from heroin addiction is a terrible thing. But I offer no broader comment on the particulars of this case, for I do not know all of the circumstances. What I do know is that there are wider issues to be considered, issues that the Labour government with its usual bone-headed stupidity has completely overlooked. Akmal Shaikh was a victim of circumstances and of history, not just of law.

It was once said of the Kaiserreich, the old Germany of Wilhelm II, that it was Europe’s ‘adolescent empire’, an odd combination of aggressive self-assertion and a deep sense of inferiority. China is the ‘adolescent empire’ of the modern world, a country and a system still not at peace with itself. There is still the memory of being bullied by foreigners, of the unequal treaties which forced the Chinese to accept the import of opium, and of extraterritoriality, whereby foreigners were exempt from local laws, not finally lifted until the Second World War.

This is the historically sensitive area into which Gordon Brown and David Miliband were jackbooting: the more pressure they put on the Chinese authorities the more likely the outcome. And for Ivan Lewis, Minister of State at the Foreign and Commonwealth office, to declare after the event that China was failing in its ‘basic human rights responsibilities’ is of quite unbelievable stupidity. Has this benighted government only just discovered that there is something wrong with human rights in China?

Let’s be clear: China is governed by a corrupt Communist oligarchy that has no mind to the ‘human rights’ of its own people still less to those of ‘foreign devils.’. This is a country that, after Iran and Saudi Arabia, has the highest rate of judicial executions in the world. It’s absolutely meaningless to preach about ‘human rights’ against this background, Shaikh’s human rights or the human rights of the hundreds of ordinary Chinese executed every year. It’s almost as if Brown’s government is still living the world of the unequal treaties and extraterritoriality, silent on some deaths, vociferous on others.

The adolescent empire will continue on its path, heedless of the ‘voice of reason’, mindful ever of its own interests and the interests of no other. That is the one lesson that clots like Brown, Miliband and Lewis might have taken from the Copenhagen fiasco, even if they remain ignorant of the wider lessons of history
Posted by Anastasia F-B at 15:50