Vincent in Word and Image 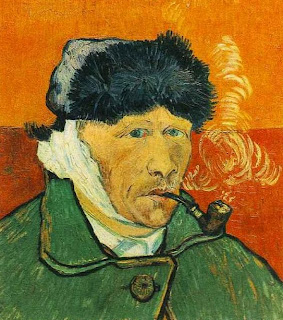 I went to Amsterdam last year to visit Vincent and now Vincent is coming to London to visit me! A little later this month a new exhibition of his work opens in the Royal Academy, running until the middle of April. The exciting thing about this show, headed The Real Van Gough: The Artist and his Letters, is that some forty of his letters will also be on display beside sixty-five paintings and thirty drawings. For the emphasis, you see, is on the word as well as the image.

I confess that I don’t know that much about the life of Van Gogh apart from the usual stock images of troubled genius and ear lopper! I’ve never read a biography of the man, though I have tried to understand him as best as I am able through his intense, swirling and penetrating images; a world in motion, a world on fire.

It’s of particular fascination for me to discover that he also loved words, loved to write and express himself in writing. Words impacted on his imagination, on the creative power of his imagination, as well as landscape and people. “Books and reality and art are the same kind of thing for me”, he wrote, a sentiment he carried further, “One has to learn to read, as one has to learn to see and learn to live.”

Van Gogh read books with the same concentrated intensity that he used in painting. Besides his native Dutch he was also fluent in French and English, reading Shakespeare and Dickens in the original. His favourite Dickens’ novel was Hard Times which is the one that I happen to like the least! Still, I think that Vincent and I would have got on famously, for I also share his love of Flaubert and Maupassant.

More broadly, he seems to have been highly knowledgeable about most contemporary French fiction, reading all of Zola’s Rougon-Macquart series and identifying closely with the author’s naturalism. Of these books he wrote to Wilemein, his younger sister, saying that they “…paint life as we feel it ourselves, and thus satisfy the need which we have, that people tell the truth.”

The truth is that Van Gogh as a communicator was too intense for most people in person; too intense for Gauguin, too intense even for Theo, his brother, an art dealer and his main source of financial support. His letters, then, were a way of channelling much of his manic energy into simple imagery and clear ideas, his only really successful mode of communication beyond his art. When he arrived in Arles in 1888, the beginning of his most creative period, brief and overwhelming, he wrote to Theo describing his wonder at his new surroundings;

I notice some magnificent plots in red earth planted with vines, with the mountains in the background of the most delicate lilac. And the landscapes under the snow with the white peaks against the sky as bright as the snow was just like the winter landscapes the Japanese did.

He wanted to paint as Zola wrote, in a natural way, showing life as it flowed around him;

The zouaves, the brothels, the adorable little Arlesiennes going to their first communion…the priest in his surplice who looks like a dangerous rhinoceros, the absinthe drinkers…

I’m certain that this exhibition is destined to achieve its aim, to give a more nuanced view of the man, of his work and of his creative intellect; the man beyond the stereotype of troubled genius and harvester of ear lobes. :-) 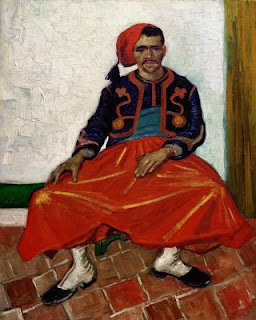 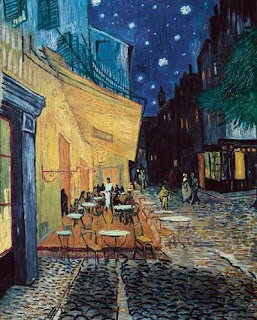 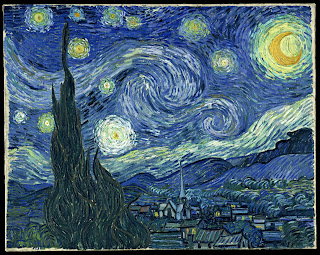 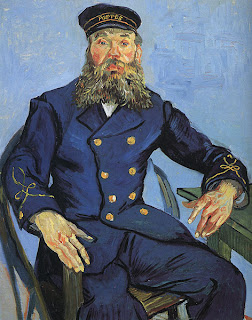 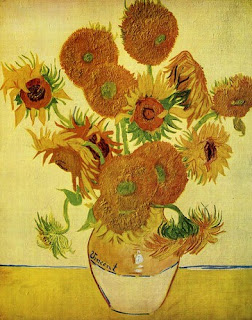 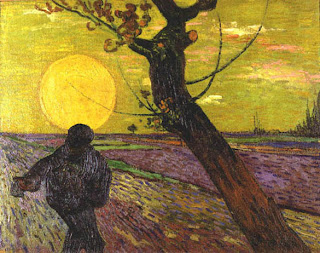