A Love Greater than Hate 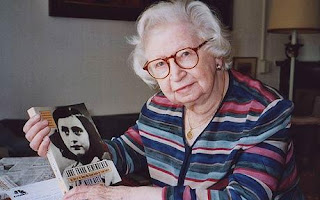 I first read Anne Frank’s Diary when I was ten years old. I re-read it several times since, imagining I was Kitty, the friend to whom the entries are addressed. I identified so strongly with Anne, with the way she thought, with her feelings, with her hopes and with her fears. When I began to keep my own dairies I wrote with someone like Anne in mind; someone like me.

When I visited Amsterdam a couple of years ago virtually the fist place I went to was Anne Frank’s house on the Prinsengracht Canal, the place where she, her family and the other refugees hid from the Nazis. I really can’t describe properly how moved I was, especially on seeing the cuttings on the wall.

But it isn’t really Anne that I want to talk about; it’s Miep Gies, the courageous woman who saved the Franks, albeit temporarily, by supporting them through the years in the secret annex. She saved Anne once by this; she saved her more permanently by retrieving her Diary after the family had been arrested and deported east. Without her Anne Frank would just be another name among the legions of the lost; instead she is now possibly the most famous teenager in human history, an inspiration and a tragic example.

Miep, who wrote her own book, Anne Frank Remembered, died on Monday, aged one hundred. I was saddened by this because I understand just how much the world owes her, just how much I owe her. She continued herself to remember Anne throughout her life. Every year on 4 August, the day the annex was raided, she and her husband, Jan, would stay at home in a mark of silent respect. Her life was a reminder that good can sometimes be stronger than evil, and love greater than hate. 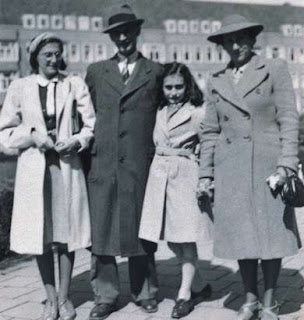 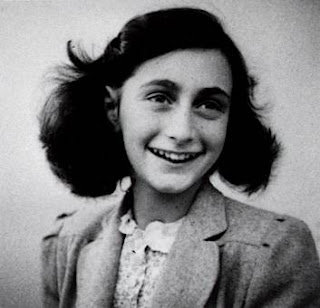 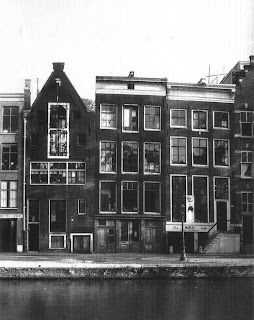 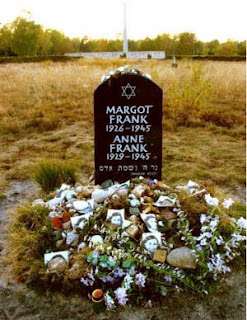 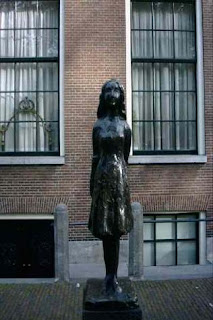