All Animals are Equal 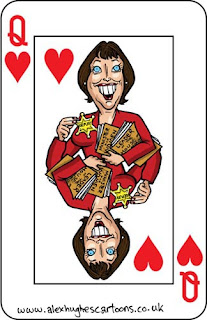 It’s now clear that Labour is determined on a new class war, their last best hope, a lifebelt to the drowning. Harriet Harman, better known as Mad Hatty Harperson, has taken the tablets handed down by Dismal Gordon, declaring that social disadvantage is the ‘big issue’ in this country, that people only get on if the have ‘connections’ or if ‘their face fits.’

This is just so interesting. Now we have a second admission, following that of John Denholm, the Communities Secretary, that social disadvantage has actually grown, and that is after a dismal thirteen years of Labour government. To cover their incompetence Harperson and Brown have no better strategy than to diss David Cameron for being an old Etonian.

Inverted snobbery and petty spite, is their any better insight into the mentality of this government? What a message to pass on: that disadvantage arises from not having gone to Eton and not being a member of the Bullingdon Club, and this from the Marquise St. Evrémonde, who is herself an Old Paulina. I expect she is where she is because she has ‘connections’ and because her ‘face fits.’

The simple fact is, as I have said before, that Labour thrives on disadvantage; that it depends not on social mobility but exclusion; it feeds in a parasite-like fashion on urban ghettos where votes are weighed rather than counted, the new rotten boroughs of a complacent administration. It feeds on communities of dependence that allow shabby new aristocrats like Harperson to parade as Minister for Equality over a society that is, by her own admission, anything but equal. It is people like her that bring Orwell’s Animal Farm to mind for me, particularly the conclusion, when the animals in the barnyard catch site of their rulers;

I would far rather Eton, Oxford and the Bullingdon Club than people like this, politically dishonest in every degree. The time comes when the snouts will be pulled from the trough. 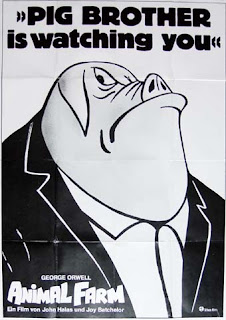 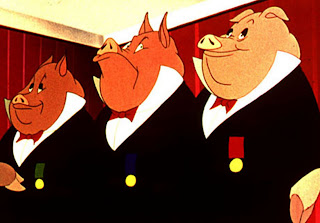