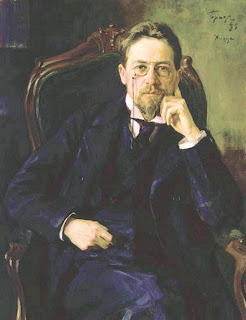 This month marks the one hundred and fiftieth anniversary of the birth of Anton Chekhov, a Russian story teller and playwright of genius, perhaps the one foreign writer admired before all others in the English-speaking world. For me he stands comparison with Oscar Wilde as a playwright, though the story they tell is as different as can be imagined, and with Guy de Maupassant as a writer of short stories. His plays are as much admired, and performed, in England as those of Shakespeare in Russia.

While I love Russian literature in general-and Dostoevsky ranks with Dickens as my favourite author-there is something unique about Chekhov, something-dare I say it?-not quite Russian. There is little of the great passion in his work, little of the grandeur and the intense soul-searching that moved people like Tolstoy or Dostoevsky. Instead there is a detachment, a distrust of certainty and quiet and playful irony. He is at once of his era and his nation and detached from his era and his nation.

I think the best assessment ever of Chekhov was that penned by Vasily Grossman;

He said-let’s put God-and all those grand progressive ideas-to one side. Let’s begin with man. Let’s be kind and attentive to the individual man-whether he is a bishop, a peasant, an industrial magnate, a convict in the Sakhalin islands or a waiter in a restaurant. Let’s begin with respect, compassion and love for the individual-or we’ll get nowhere.

Beginning this Monday the Hampstead Theatre will mark the anniversary with a week celebrating Chekhov’s work and life, with the intention of raising money to help in the restoration of the White Dacha, the house in Yalta where her wrote The Cherry Orchard and The Three Sisters, two of his great plays, and The Lady with the Little Dog, so far as I am concerned among the best short stories ever. Chekhov’s final home, the place where he died in 1904, it’s now in serious disrepair after the loss of state support.

I’m particularly looking forward to this Friday, when Penelope Wilton will read The Lady and the Little Dog, after which it will be discussed by Sir David Hare, who featured it in his screenplay for The Reader.

Chekhov’s sister, Masha, maintained the White Dacha until her death in 1957. During the Second World War, when the Crimea was under German occupation, she bravely refused to allow a Nazi officer to sleep in her brother’s bedroom. In Communist days funds were provided for the upkeep, but after the collapse of the Soviet Union there was a dispute over ownership between Russia and the Ukraine. Now it is sadly neglected. It’s important to maintain this link with the past, this link with a great artist and a good man. 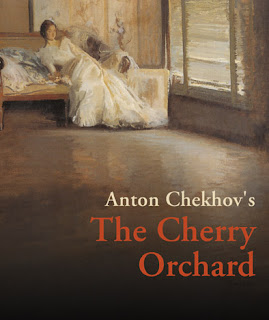 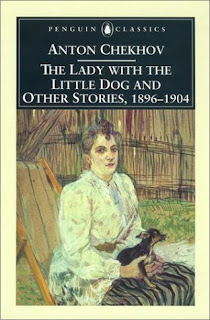 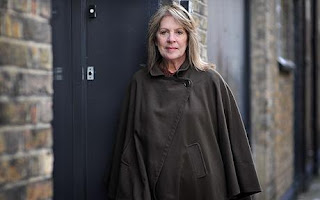 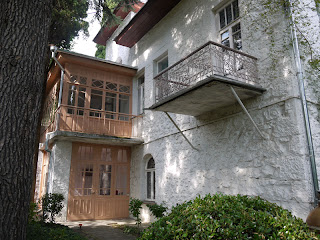