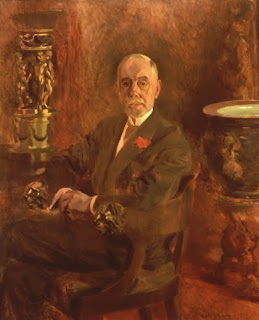 The First Portuguese Republic, which came into existence in 1910, was the model and acme of a dysfunctional state. No banana republic comes close to the Portuguese record of instability and regime change. I found one contemporary view by Will Rogers which summarises the position with his characteristic humour;

They make 'em or break 'em quick over here. You don't get four years' trial like you all do over home, and then we have to put up with regardless. A Premier never unpacks his grip over here. He just engages his room by the day. Portugal, the week I was in Madrid, had three Revolutions and four changes of Government in one day, and they haven't got daylight saving either, or else they could have squeezed in another Revolution.

Yes, of course it's a comic exaggeration, but not much! The New State, one might even say the necessity of the New State, the Second Republic which came into existence in 1933, can only really be appreciated by a proper understanding of what went before.

The first republic had forty-five governments in fewer than sixteen years, the most unstable state in Europe by far. The average life of each administration was no more than four months. There were military coups in 1915, 1917, 1921 and 1926. Of the eight presidents only Antonio Jose Almeida served out his term in office, though his health was ruined in the process. One was assassinated, two resigned after threats of military intervention, and two were ejected by force. President Teixeira Gomes was so desperate to leave the country that he boarded the first ship after his resignation and never returned! The poet Guerra Junqueira described the republic, for which he had campaigned, as "an heroic march to the sewer." Later one academic was to describe the period as a 'permanent carnival.'

So, what was the source of this chaos? Why, the economy, stupid! No, seriously now, this was part of the answer. The old monarchy had left the country with a huge foreign debt, almost impossible to manage considering how poor Portugal was at the time, a country where as much as 78% of the population were illiterate. A bad financial inheritance was compounded by the economic crisis which overtook the country in 1915 and lasted for over ten years. In the worst period inflation reached almost 3000%, and the currency was devalued no less than twenty times between 1919 and 1924.

A bad economy made for a bad political culture, and riots, bombings, assassinations, coups, plots, strikes, mutinies and walk-outs were a regular feature of the Portuguese horizon. Perhaps as many as 5000 people were killed in public disorder, civil war in all but name. The name 'Nightmare Republic' was actually accorded by an Irish journalist in 1914, writing for a publication by the name of Nineteenth Century. Portuguese editors constantly expressed fears over the ongoing 'Mexicanisation' of the nation. The French even adopted the verb Portugaliser for a time, meaning to bring chaos into politics.

With a bad economy, no political culture to speak of, and an almost complete absence of consensus on any issue of central significance, conspiracy and counter-conspiracy took the place of democratic participation. In 1919 the constitution was revised, according the president additional powers, including the right to dissolve parliament. Intended as a political anchor it only made matters even worse, if such a thing were possible. Presidents were openly intimidated into dismissing parliaments, whether or not there was a need. In 1921 President Almedia was forced at gun point to call new elections on two separate occasions. The only thing that kept the Nightmare Republic afloat for so long was that right-wing conspirators, including those in the army, were as divided as the rest of Portuguese society. But it was only a matter of when, not if, that the curtain would be brought down and the carnival brought to a close
Posted by Anastasia F-B at 15:39