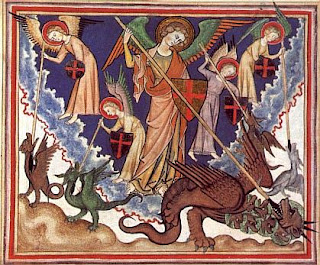 I read a really interesting article in the BBC History Magazine (January, 2009) while sipping my morning tea! It’s called Doomed or Disinterested?, written by one John H Arnold. It concerns the degree to which some people in the Middle-Ages developed an active scepticism towards the teachings of the church.

Now, I had always known that, throughout its history, their had been dissenters and apostates within the Catholic community, though I had assumed that in the high Middle Ages such people would be more likely to embrace one heresy or another rather than outright disbelief. But many did. We cannot be sure just how many but it was a concern to those who wrote on religious questions at the time.

The question of transubstantiation, the concern that the act of faith was not enough in itself among the laity, was particularly troublesome. William of Pagula wrote that priests should not rest on the theological dogma alone, but provided more practical reasons enabling them to persuade their parishioners. The bread, he says, is not experienced as flesh and blood so that it does not provoke “horror” in those receiving it; so that “pagans” do not ridicule Christians; and because people are “not accustomed to eating bleeding flesh.” Yes, he does!

Some of the ‘miracles’ of the day were, in point of fact, conceived to overcome practical doubts about the Eucharist. In one popular tale a woman receiving the sacrament from Pope Gregory the Great burst out laughing when he declared that it was the body of Christ. When asked why she is said to have replied, “Because I heard you say that the bread I made with my own hands is God’s body.” Immediately the bread changed into the shape of a finger and the woman recovered her faith! Precious, is it not?

I suppose these cases could be taken as an example of proto-Protestantism, a belief that communion is only a symbolic act. But there are also cases of outright and simple atheism or scepticism, right across Europe. Giordano of Pisa said of this, “There are many people today who do not believe that there is another life, or that things could be better than in this one." Another wrote of those ‘unbelievers’ who are unhappy when their loved ones died because they do not believe that they will ever see them again.

My favourite example of this common-sense scepticism is that of Guillemette Benet of Oracle in southern France, who lived in the late fourteenth century. She is reported to have told her neighbours on several occasions that the soul is nothing but blood or wind. She reached this conclusion for two reasons; first when she banged her nose and noted the subsequent bleeding; and second, when she observed the death of a friend’s child, noting only the exhalation of air at the end. From this she deduced there was no heaven and no hell; no afterlife at all.

Blood and Wind. I shall write a book with such a title one day; truly I shall. 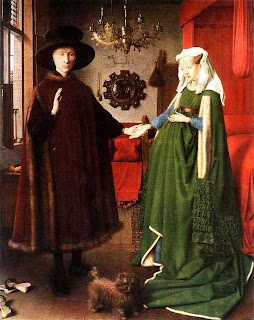