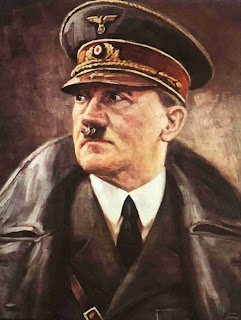 Mein Kampf is conceivably one of the most honest political manifestos ever written, so much so that after Hitler became Chancellor in 1933 he was discomforted enough to claim initially, when his regime was still militarily weak, that it represented "merely a fantasy written behind bars." But in the course of his political life he was to work towards all of the goals set out in the book, from racial policy to the quest for Lebensraum. His final testament in 1945 did little more that rehash some of the central themes of Mein Kampf.

It should be read, first of all, as a form of political biography, which has a tendency to spill over at points into outright pathology. The Weltanschauung Hitler develops during his time in Vienna in particular is crucial in understanding his later political actions. At the most basic level it is a crude mixture of Social Darwinism, eugenics, and popular science; ideas half-digested and badly understood. It is in Vienna, moreover, where Hitler becomes both a committed German nationalist and an anti-Semite, drawing his ideas from the racist pamphlets freely available at the time.

Moving beyond the autobiographical element, the main themes to look for are hostility to the Treaty of Versailles, hostility to the Weimar Republic, and hostility to Communism. These are all united by his overriding hostility to the Jews, who threaten Germany from all angles, either as Marxists or as plutocrats. Germany, he believes, has to strive for a super power status, by breaking the bonds of Versailles, and surging eastwards at the expense of the Slavs. Democracy he regards with disdain; for "...as practiced in Western Europe today, it is the forerunner of Marxism." He has little respect for ordinary voters, even the people who later would help carry him to power, describing them as 'stupid' or as 'cattle'.

The theme of anti-Communism is also one of considerable importance, again uniting his hatred of left-wing ideologies and the Jews. Russia was not only the seat of Communism, but it was also dominated by the Jews who were aiming at the destruction of Germany. It was also, by fortunate coincidence, the area that was to provide the chief outlet for German expansionism-"When we speak of new territory in Europe today we must principally think of Russia and the border states subject to her...The struggle against the Jewish Bolshevization of the world demands that we should declare our position towards Soviet Russia."

The passages on propaganda with some care; because it is here that the book is often at its most informative and revealing, a useful guide to the effective techniques adopted by the Nazi Party. For example, he writes "We chose red for our posters, our intention being to irritate the left so as to arouse their attention and tempt them to come to our meetings." He is particularly good in his descriptions of politics and mass mobilisation as a form of collective drama, and the need for simplicity and again simplicity. And if you intend to tell a lie make sure it’s a big one, to be repeated continuously until it becomes the truth and truth the lie.
Posted by Anastasia F-B at 16:57