Pascal's Wager and the Problem of Hell 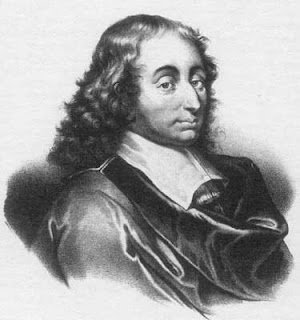 Pascals' Wager, as set out in the Pensées, is about the gain of Heaven, not the loss of Hell; it is about the most meaningful way to enter the presence of God. It is not a negative argument, or a threat. It is, rather, a challenge to atheism and to the limits of reason. Above all, it is calmly intellectual in approach; Pascal does not set out to achieve his aim like some kind of Medieval preacher, by using irrational concepts of fear. Hell is never explicitly defined. Consider some of the following:

Between us and heaven or hell there is only life half-way, the most fragile thing in the world. (213)

As far as the choices go, you must take the trouble to seek the truth, for if you die without worshipping the true principles you are lost. 'But', you say, 'if he had wanted me to worship him, he would have left some sign of his will.' So he did, but you pay no heed. Look for them then; it is well worth it. (236)

One of the ways in which the damned will be confounded is that they will see themselves condemned by their own reason, by which they claimed to condemn the Christian religion. (563)

So, death is certain; all follows from that. Reason cannot determine if God exists or not. It is not a matter that is subject to any rational proof. Believing is thus a leap beyond the limits of reason, which carries the possibility of infinite reward. For, "if you gain, you gain all; if you lose, you lose nothing.' I would go so far as to suggest that fear of hell is not valid reason for this leap of faith. It would deceive neither God...nor Pascal!

The wider question on the Problem of Hell has no validity, because I cannot say, no one can say, what Pascal would have thought of this. I imagine that most people who believe in Heaven and Hell would choose to be in one place rather than the other. And for those who believe that God does not exist, well, why should they be concerned either about the Problem of Hell, or about Pascal's Wager? :))
Posted by Anastasia F-B at 16:44