What England Means to Me 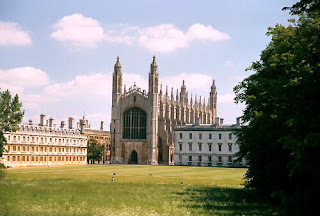 What follows is an essay I wrote for a site dedicated to this question (www.whatenglandmeanstome.co.uk) It really should be preserved here also.

I find it so difficult sometimes to define what it means to be myself let alone tackle questions of this weight! What does England mean to me, what does it mean to be English? Why, I suppose it’s a little bit like a reflex, a little like breathing: English is what I am; English is what I will always be.

For me it’s not about sport, or politics or any transitory passion; it really does rest on something altogether deeper. I love the English language, a love the beauty and the rhythm of simple English prose. Yes, I know the language is not exclusively ours any longer. It’s been launched into the world sometimes with uncertain-and unhappy-returns! But I would continue to look for Englishness, Englishness expressed through words, in what I like to call the original ‘mines’ of our language, our poetry and our literature. There they are before me: Langland and Chaucer; the Bible, both in William Tyndale’s translation and in the King James’ version; the Book of Common Prayer; the plays and poetry of Shakespeare, the Jacobean poets and more.

I’ve been working my way through The Collected Essays, Journalism and Letters of George Orwell. He’s a super writer, a true craftsman, expressing himself in simple, limpid prose. In England Your England part of a longer essay entitled The Lion and the Unicorn he analyses at some length what exactly it means to be English. Yes, a lot has changed since 1940 but a lot remains remarkably the same. The individuality is still there, the dislike of regimentation and officialdom, the suspicion of ‘ideology’ as something foreign, something un-English. These were the rocks against which Fascism and Communism floundered. It’s these same qualities that continue to make English people distrustful of identity cards or the European Super State ; of standardisation in any form.

I have no hesitation whatsoever in saying that the English, with all of their idiosyncrasies, all of their baffling eccentricities, are simply beyond the comprehension of most foreigners. Karl Marx spent most of his life in this country in exile. Always expecting great things from the English proletariat, the most advanced in Europe, by the lights of his theory, he came to see that England was the one country in Europe with a bourgeois aristocracy and a bourgeois working class as well as a bourgeois bourgeois! His last recorded words were “To the Devil with the British.”

Yes, our present constitutional settlement is botched, badly thought-out and unfinished. It has raised more questions than it has answered, the question over England’s political sovereignty above all, our right to manage our own domestic affairs without outside interference, interference by those who are not English. Where does England fit in the devolved United Kingdom ? I simply don’t know. There is, so far as I can tell, no great desire for a separate English parliament, but things cannot go on as they are indefinitely. It’s a house of cards which will fall, I believe, if we ever again have a Labour administration only kept in place by MPs from Scotland and Wales.

Sovereignty also raises the question of our position within the European Union. This is a touchy subject because I see considerable dangers in the current integrationist drift in European policy, dangers in the Lisbon Treaty for our future liberty. If we ever do become Airstrip One it will be largely thanks to the efforts of our own politicians, arguably more damaging than those of Philip II, Napoleon or Hitler.

I’m sure it comes no surprise that I’m a history student. And it is English history, our common heritage, which I believe defines us as a nation in the fullest sense. Our pride, our individuality, our idiosyncrasies, our distrust of foreign ideas and, yes, of foreigners, has largely been determined by our island story, by a slow evolution of a common culture. I simply refuse to accept that there is a single English person, admit it or not, who does no feel a stirring of the blood when hearing the great St Crispin’s Day speech from Henry V. It most assuredly stirs my blood, as does the speech of Elizabeth I at Tilbury. That’s Englishness, a dogged courage in the face of terrible odds. That’s my England.