The Empire of the Imagination 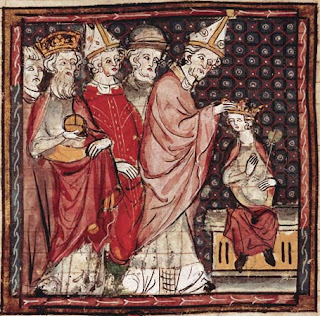 My empire is of the imagination. So says Ayesha, the sorceress queen in She, the novel by H. Rider Haggard. In a sense the Holy Roman Empire was also of the 'imagination.' It was an ideal that never quite became a reality, and never developed in any meaningful sense as an integrated state. The maps showing the imperial borders, even before it turned into a crazy patchwork of political and religious entities, are actually quite deceptive, because even at its height under Charlemagne and Otto the Great, the Empire was always a federation to a lesser or a greater degree. Charlemagne created a Universal State, in other words, with roots in the old Germanic tribal system. Over time tribal chieftans turned into kings and princes in their own right; and thus the Emperor, no matter how much reverence was attached to the title, was never in the strictest sense a 'monarch.' After Charlemagne the closest they ever got to the old Roman form was as primus inter pares-first among equals-and sometimes not even that.

Beyond this, the Empire, from the very outset, was shaped around a dangerous political contradiction: that between the 'Universal State' and the 'Universal Church.' Charlemagne's Frankish empire arose at a time of papal weakness; but once the papacy began its steady ascent, from the tenth century onwards, the struggle between Church and Empire was to become one of the great defining features of the early Middle Ages. There were points when this struggle broke down into outright civil war between the Imperial faction or the Ghibellines, on the one hand, and the Papal faction or the Guelphs, on the other. The struggle reached its height during the reign of the Emperor Frederick II of the House of Hohenstaufen and Pope Innocent IV, with the Papacy emerging as the final victor.

After the death of Frederick in 1250 the whole Empire made an ever more rapid descent into the twilight, and was no longer taken seriously as an entity in European power politics. The later Emperors, from Henry VII onwards did have a distinct territorial power base, contrary to the point made by Adam, which introduced an additional element of rivalry, contributing still further to the decline.

I began with a quote, so I will end with a quote, that of Voltaire, which serves best as the Imperial epitaph-The Holy Roman Empire was neither Holy, nor Roman nor an Empire. 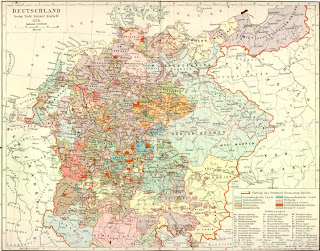