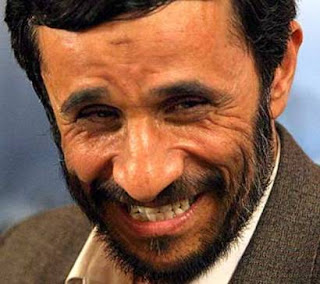 It was just so fascinating to learn in the Saturday edition of the Daily Telegraph that Amadinejad the Mighty, the pretender president of Iran, is of Jewish ancestry, something that he has kept well hidden…until now. There is a picture of his identity card, showing that his name was changed from Sabourjian, a Jewish surname meaning ‘cloth weaver’, when the family converted to Islam after his birth.

Insofar as one is able to judge these things on the basis of appearance alone, I always thought he looked very Semitic, much more so than the average Iranian. There was always for me something slightly odd about his continuing Holocaust denial and exaggerated hostility towards Israel, a state that has never harmed Iran in any direct manner.

Yes, anti-Semitism and Holocaust denial exist elsewhere in the Muslim world, but no leader of any note has stuck to this position in such a public, consistent and wholly egregious manner, even to the point of hosting conferences on the question. Well, now we know; it’s a form of over-compensation, a symptom of those uncertain of themselves and their true belonging. Converts, after all, are often far more enthusiastic about their new faith, and hostile to the old, than those born into a tradition. I would say that this puts him, emotionally and psychologically, on exactly the same level as Tomás de Torquemada, another famous convert and Jew-hater.

Torquemada was the first Inquisitor-General of Spain, confessor to Queen Isabella, and a driving force behind the decision to expel the Jews after the conquest of Granada in 1492. Before that he was notorious for his persecution of the so called ‘crypto-Jews’, those who had converted to Christianity, usually to save their lives, but continued to practice the old faith in private. He was the most ferocious Inquisitor Spain ever had and, as I have said, of Jewish ancestry himself but more Catholic than the most Catholic.

So, Torquemada and Amadinejad, men of different faiths, but a shared passion, the passion of hate and the passion-dare I suggest?-of self hate. In general I believe anti-Semitism, especially when it attains pathological heights, says so much about the people who embrace it than it does about the supposedly malign power of the Jews. It suggests to me that they have something they wish to hide, something about themselves, something about their background and identity. I’m not suggesting that they all have Jewish ancestry like Torquemada and Amadinejad-that would be absurd-, simply that hatred of that kind is not arrived at by any process of rational deduction. It’s merely a sign of some deep-rooted personal insecurity.

Oh, and incidentally, so far as the Holocaust is concerned, by the criteria laid down at the Wannsee Conference in 1942, Amadinejad would most likely have been considered a full Jew regardless of his personal faith. Ironically he may therefore himself, in different circumstances, have been a victim of the very Holocaust that he denies ever took place. 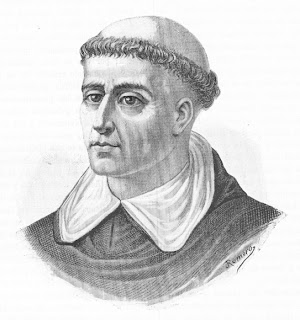