Health Fascism is a Paper Tiger 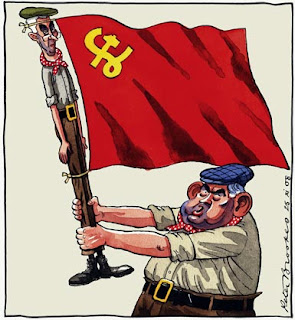 Generalisations are a necessary but risky way of coping with the complexities of life. There may be rules but there will always be exceptions. I imagine, though, that most people would probably agree on the core elements that go towards the creation of a specific English or British identity. Traditionally this would include as a minimum a heightened sense of individuality; a regard for personal liberty; a general tolerance of other people and their idiosyncrasies; a distrust of authority and a dislike of being told what to do; a dislike, above all, of being preached at and nannied.

But, my, my, how things have changed and are changing. The state has become more intrusive, with surveillance cameras appearing everywhere; political correctness advances in every sphere of public life; the health fascists preach day after day on what we should and what we should not do. The message gets louder: don’t smoke, don’t drink too much; make sure you have your ‘five a day’; don’t do this do that and on and on. Where is the voice of Horace Rumpole, John Mortimer’s modern Falstaff? He knew exactly how to respond to interfering killjoys: there's no pleasure on earth that's worth sacrificing for the sake of an extra five years in the geriatric ward of the Sunset Old People's Home, Weston-Super-Mare.

Yes, where are the resisters? Where are the Rumpoles? All in China, apparently, at least they appear to be according to an article by Brendan O’Neil in The Spectator (Authoritarian? China’s not a patch on Britain). The Chinese, a people not normally associated with individuality, are systematically undermining the advance of the forms of health-policing that has become such a part of our way of life here. Not for them the Noo Labour nanny state. Even with all of its coercive power the Chinese Communist Party has been quite unable to get the people to kow-tow to the kind of smoking ban that is now such a feature of life across the western world. Indeed, the Chinese people are actually claiming freedom, the freedom to go to ‘hell’ in any way they choose, as we are collectively herded into a ‘paradise’ of conformity. Ah, what greater irony?

It’s not just the smoking ban the Chinese are resisting; they are also making their views felt on the proposed introduction of congestion charges in major cities. Even the state-sponsored China Daily has been forced to admit that motorists consider such a move ‘unreasonable.’ The CCTV cameras, another innovation from the People’s Republic of Britain, though a growing presence in places like Beijing, O’Neil reports, are universally ignored,. We, the British, are much, much more thoroughly under the eye of Big Brother than the Chinese.

Never mind; it’s nice to know that we have such a caring state. Just remember that in the twilight as you stare out of the windows the Sunset Old People’s Home craving all those distant pleasures. :-))
Posted by Anastasia F-B at 17:01