A Picture of Ana 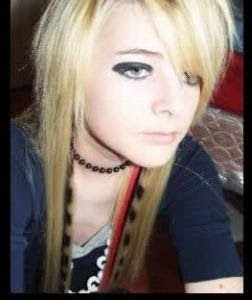 I promised a friend, an American friend, that I would add a little biography, say a little more about Ana and her path through life. A certain edge of mystery, a blurring around the edges, has to remain for all sorts of reasons, not least of which is the danger of stalking, something I have direct experience of. I’ve even had people come here-taking on a false identity-looking for more precise contact details, which I will never give. Anyway, holding that caveat in mind, here is a portrait of the artist as a young woman. :-)

My name is Anastasia, and for those who have expressed doubt on the matter it truly is. I’m English, a Londoner, though not a Cockney. I was born under the sign of Cancer and am now, as of the end of June, twenty-three years old. I was born into highly privileged circumstances, the daughter of wealthy parents who always made me feel special and different. If there was an opportunity to exploit I was allowed to exploit it; every talent I had to nurture was nurtured, though there was nothing artificial, nothing in the least bit forced about my upbringing.

I am also fortunate in having loving grandparents, who live not too far away from my home in London, in Kent and in Sussex. It was because of this, because of repeated visits to their homes, that I was able to develop a love of the country and of nature. It was in Sussex that I learned to ride. It is there that my horse, Annette, bought for me at the end of sixth form as a present for doing so well in my A levels, is stabled. It is there that I went of with the hunt for the first time, on Boxing Day 1998, when I was twelve. My grandfather on my father’s side served in the old British Indian Army both before and during the Second World War, so I grew up with tales of the Raj. My great-grandfather was also a soldier, being awarded an MC for his part in the Battle of Passchendale in 1917. So, unusually for a girl, I suppose, I also developed a taste for military history.

After prep I went to an all girls’ boarding school at the age of eleven, a place called Wycombe Abbey. I was really apprehensive at first, leaving home and leaving my family, really quite emotional. But I quickly settled in to the routine there and before long fell in love with the place, with the staff and with the girls. It as there that I developed my first crush, for a girl in the upper school, a prefect, as far removed from me as a goddess on Olympus. It was all very soulful, all very Platonic. We never even talked person to person, though I wrote screeds of gushing poetry for her. I still have it in the journals I kept at the time, but I’m awfully too embarrassed to trace my way back.

I had a fantastic time in the years I spent at school, not leaving until I was eighteen. It brought me on in all sorts of super ways, in an intellectual, in a social and in a sporting sense. It’s where I deepened my interest in history, in all aspects of history, from Castles to Crusades. And I read, and I read, and I read. I think I’ve been down all of the main avenues of world literature, as well as some minor ones. Glittering prizes indeed!

Holidays were always fantastic. We tended to go away at least twice a year, sometimes more, depending how busy mother and father were. Apart from travels abroad, to Europe, to Asia and to America, where my parents have good friends, we also have a place in northern Scotland and a flat in Paris. I took my first shooting lessons in the States, in southern Georgia, and continued to practice when back home, with some light game hunting in Scotland. So far I’ve bagged nothing bigger than a hare, though I would hope one day to move to deer-stalking. At the moment I’m not really that comfortable with higher caliber weapons, anything much beyond a four ten.

I did not go straight to University on leaving school; I wanted to see as much of the world as I could beforehand, places I’d never been to before, things I have never done before. I’ve written about some of my experiences here; of walking on the pilgrimage route to Santiago; of taking part in Santeria rituals in Cuba; of shooting an AK-47 in Vietnam; of visiting a medicine man in the African bush. And this is just a fraction.

My time at university, where I read history, has also been fantastic. I’ve made so many new friends, done so many new things. I have a very active social as well as an academic life. There is always something going on; parties to go to; shows and concerts to attend; clubs to visit, friends to meet. I so love to dance. Life itself for me is a kind of dance but my specialty is Salsa. I took my first steps at this wonderfully sensual dance form in Havana and continued lessons in London. I think I could now match the best of the Cubans, and that is really saying something.

Politically I’m conservative with a small and a large c. I love freedom and hate the idea of ‘managed lives’ and the ‘we know best’ idea of the state. Liberty and libertarianism; these are the poles around which my political consciousness has been shaped. I think that the present Labour government has been disastrous for my country. I think in general that socialists are incapable of good government. However, I am not a dogmatist and I will never lose friends over political issues; there are more important things in life than principles.

I was brought up in the Church of England though generally speaking I don’t really define myself as a Christian anymore. What I do have is a really deep interest in witchcraft and the occult, a deep interest in all forms of magic. After all, what is life without magic; what is life without the power of magic in the many forms it takes? You see, Ana believes in fairies, in all the old wood-folk driven away by the Church fathers. I clap so hard. :-)

And what will the future bring for Ana? I’m not sure, to be quite honest, beyond my immediate academic researches. I would far rather write than teach, that’s for sure, though in what exact setting I can’t yet be certain. As for love, well, I fall in and out of love with bewildering regularity, with guys and, yes, with girls. Oh, and I’m very highly sexed, but that’s as much as I’m prepared to say on that subject!

And so, on I go, always incorrigible, always hyper, always brimming with energy; ever the Imp; ever the Succubus. :-)) 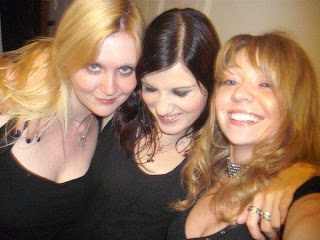 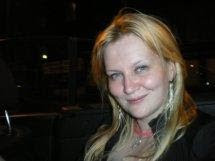 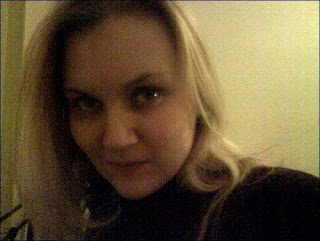 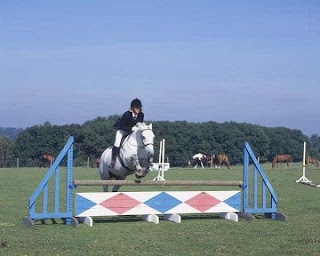 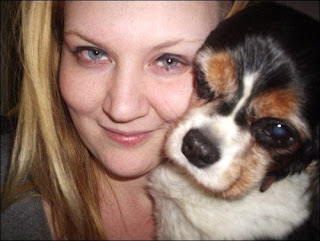 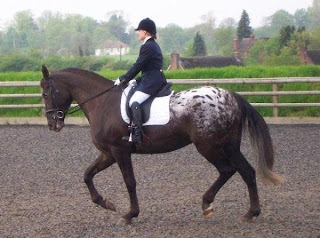 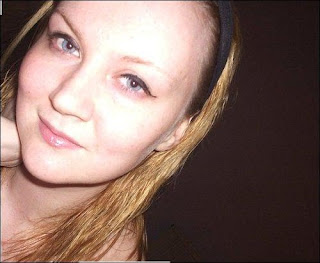