King Louis, Prince Jean and The Princess of Cleves 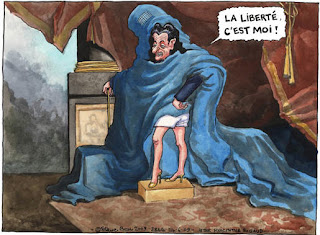 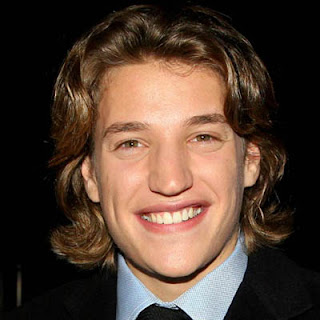 I love keeping an eye on the political antics of our Latin cousins. I confess that Italy and Sleazy Silvio always manage to lighten a dull day but France and Super Sarkozy are not far behind. :-))

I mentioned in a recent blog (Sex Tourism and Nepotism) that the Midget put forward his twenty-three year old son Jean, a second year undergraduate, as a possible director of the prestigious La Défense development corporation. My, my; how this has blown up in his face! The obvious nepotism, the clear political corruption in advancing this hugely under-qualified frog sprog, has brought out the sans-culottes, armed with pikes, axes…and bananas! Outraged critics have rechristened the Midget as Louis XIV and his son as Prince Jean. But what they fear in the abuse of monarchical power is not that France is reverting to the Ancien Régime. No; it is, rather, turning into a banana republic. To emphasise the point demonstrators turned out in La Défense last week brandishing bananas.

We all know what happens to monarchs in France when they fail to take heed of the emotions of the mob. So, possibly anticipating a surge into the Élysée, Sarko has been pushed into a humiliating retreat. Prince Jean has been forced to withdraw his application to head the £100 million pounds-a-year corporation. Showing he has all of the razor wit of his father, the dear Prince said of the criticism that had arisen as a result of his candidature “A lot of it was excessive, a lot of it true.” There is hope for the future of France!

King Louis’ troubles do not end there. The political cloud that has descended on him over this laughable business is likely to benefit Dominique de Villepin, the former Prime Minister, and the chief defendant in the so-called Clearstream trial. However, I’d like to focus on something else, another affair that may have escaped attention here: the King, you see, has fallen out with the Princess of Cleves. Now you are about to learn something of the true comic depths of French life.

It’s widely known that there are so many areas of French economic and intellectual endeavour that are immersed in a deep torpor. The malaise is particularly bad in higher education. Only one French institution, the École Normale Supérieure, makes it into the league of the world’s top universities, compared with fourteen for the United States and seven for the United Kingdom. Concerned by this decline the President decided earlier this summer that he would introduce some Anglo-Saxon style reforms into research funding.

French academics, always long on wind and short on results, don’t like this at all. In the emerging struggle The Princess of Cleves, an anonymous seventeenth century novel usually attributed to Madame de la Fayette, has become the symbol of resistance. You see, the Midget was unwise enough to express a view on this worthy but dull monolith of French culture, saying that reading it at school was ‘pure torture’ and that only a ‘sadist or an idiot’ could have inserted a question on the novel in the civil service exams.

Sales have soared! Public readings are now commonplace. Academics opposed to reform can be seen wearing badges saying “I have read the Princess of Cleves.” I saw one of these at the Sorbonne earlier this summer. Perhaps a revolution is maturing; perhaps a new Bastille is about to fall. I shall continue to look for the signs.

In the meantime lets all join together in a song of appreciation for King Louis and Prince Jean. Boom, boom, boom…