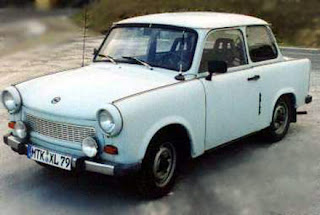 I enjoyed a recent piece in the Daily Telegraph on Communist-era humour. Apparently the old Federal Republic intelligence services collected jokes from ‘across the wall’ as a measure of popular discontent with the Communist regime. Senior officials always looked forward to the latest compilation not just for the information revealed about life in the east but for the simple amusement value. I’ve picked up a few of these;

What would happen if the desert became communist?

Nothing for a while-and then there would be a shortage of sand.

Why can’t you get any pins in East Germany anymore?

Because they are being sold to Poland as kebab skewers.

How do you double the value of a Trabant?

Fill it with petrol.

The Trabi, the old East German car made from plastic and a prayer, was a popular source of humour. So, too, was Christmas. The holiday has been cancelled, another joke went, because Mary could not find any nappies for baby Jesus, Joseph was called up to the army and the three kings didn’t get a travel permit.

There was a huge risk in this simple democracy in action, this brief moment of personal freedom, as the Stasi, the secret police, had 91,000 employees and close on 190,000 civilian informants in a population of some seventeen million. Political jokes were always taken seriously by the authorities as evidence of subversion. People were jailed. Even so, they continued to take the risk, even joking about the dangers;

I think that George Orwell was wrong. Freedom is not the freedom to say that two plus two equals four. Freedom is the right to tell a joke. If that is granted all else follows. 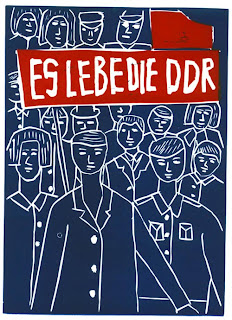