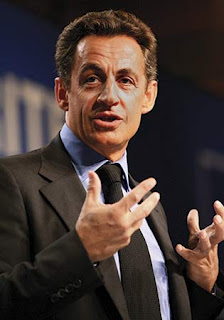 France is a foreign country: they do scandal better there. Well, they do. :-))Nicolas Sarkozy, the Mighty Midget, came to power promising to restore faith in the political process by creating a government above reproach. But this is France, a country were scandal and politics have always walked hand-in-hand; life just would not be the same without this partnership. Now we have the revelations of Frédéric Mitterrand, the culture minister, that he paid ‘boys’ for sex in brothels in Thailand as well as France.

Was this uncovered by some tabloid journalist? No, it’s an open admission by Mitterrand himself in a work he published four years ago under the title of La mauvaise vie (A Bad Life). Would you like a quote from his book? Well, have one anyway;

The profusion of very attractive and immediately available boys puts me in a state of desire that I no longer need restrain or hide.

This book, praised at the time for its ‘honesty’, acquired a fresh meaning in the light of Mitterrand’s statement on television last month that the arrest of Roman Polanski was “absolutely appalling.” Marine le Pen, daughter of the Front national leader, Jean-Marie Le Pen, quoted the above section on television, saying it was proof that the minister was a pedophile and a sex tourist.

Mitterrand immediately assured a shocked nation that his sexual partners were not underage, at least distancing himself from the film-maker in that particular regard. He is not a paedophile but he is, by his own admission, a ‘sex tourist’, a practice he went on hypocritically to condemn. Even in our debased government I cannot imagine a minister surviving such an admission, but survive Mitterrand has, an insight, perhaps, to the Midget’s own hypocrisy in declaring that he would restore morality to French public life.

If a sex scandal wasn’t enough we have a touch of nepotism entering into the political picture. This week it was announced that Jean Sarkozy, the President’s twenty-three year old son, an undergraduate law student, has been put forward as a possible candidate to become chairman of the development corporation for La Défense, the plush business district to the west of Paris. If successful he will replace Patrick Devedjian, a sixty-five year old government minister. Nice work if you can get it and as he is the President’s son he surely will!

Do the French still read Moliere? If not perhaps Sarkozy Senior should be reminded of a simple truth: it is the public scandal that offends; to sin in secret is no sin at all. :-)) 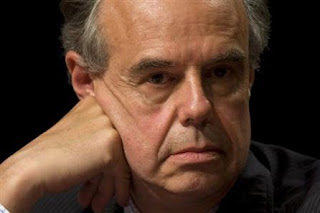 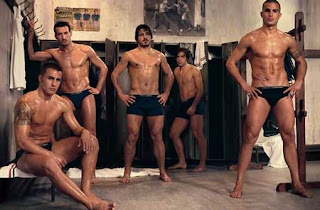