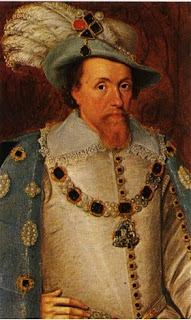 There were two things uppermost in James' mind in the early 1590s: to protect his Scottish inheritance against his cousin, the dangerously unstable and ambitious Francis Stewart, Earl of Bothwell, and to groom himself as the most likely successor to the throne of his other cousin, Elizabeth I of England. The suggestion that Bothwell was responsible for attempting to drown the king and his new bride Anne on their voyage from Denmark to Scotland, with the aid of the North Berwick witches, suited his purpose very well. At a stroke he could remove Bothwell from the scene, and convince the wider English-speaking world that he enjoyed divine grace and sanction.

In 1592 a pamphlet called Newes from Scotland, detailing the outcome of the trials, was published in England. In her book Enemies of God: The Witch-Hunt in Scotland, Christina Larner argues that this pamphlet had one certain purpose, and was produced specifically with an English audience in mind. It was published, in other words, to convince the reader that God favoured James, and that he was the ordained heir to the throne of England. James was interested in these trials less out of superstition, and more to discover why such a determined attempt had failed. Answer to this was conveniently supplied by Agnes Sampson. When it was discovered that even the Devil could not kill the king, the women, so the story goes, rounded on him, and demanded an explanation. The Devil excused himself by saying "Il est un homme de Dieu-certainly he is a man of God."

It was from these nefarious experiences that Daemonologie took shape, providing additional illustration, if any such were needed, that James had insight into all demonic practices, and defence against them. It may not be of any great surprise that once the Scottish bottom was safely seated on the English throne, a new mood of royal scepticism set in, with James telling his own judges not to be too gullible in such matters! 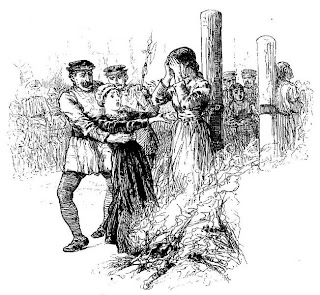