What is an Imp?

The following definition of an imp was emailed by a friend of mine, one who happens to run Dark Witchcraft, one of my favourite social networks. Anyway, this sums up Ana perfectly. :-)

What is an Imp?

In Germanic folklore, an imp or sometimes daemon is a small demon who is more mischievous than harmful. Various versions of imps appear in the folklore of some other regions of the world as well, often as attendants to gods. The behaviour of imps is said to be wild and often out of control, and many myths depict the creatures revelling in pranks and jokes, leading to the use of the word “impish” to describe people who are fond of mischief.

According to tradition, imps are often very small. Depictions of imps in art and sculpture tend to show them on a much smaller scale than other beings, and they are often not very attractive to look at. Some myths also describe imps as trapped inside objects, such as swords, books, and crystal balls. In some cultures, imps were believed to be the assistants of witches and warlocks. Witch hunts often sought familiar spirits such as imps in an attempt to condemn their victims.

In some cultures, fairies are analogous to imps. Both share the sense of being free spirited and fun loving, although some people associate fairies specifically with good, rather than malice, as is the case with imps. Imps and fairies are both fond of misleading people in the folklore of many traditions, and they may be involved with pranks, switches of infants, and similar activities. At times, these pranks may be harmless, but they can also be dangerous or upsetting, as in the case of an imp which leads people astray in marshes.

An imp is generally believed to be immortal, although the creatures may be subject to damage in the mythological traditions of some countries. Although they are immortal, imps are considered far less important than bigger demons and gods, and the relative unimportance of imps is sometimes an important point in folktales about imps in which an imp tries to prove itself. Imps are also often depicted as lonely and hungry for human attention. In some stories, an imp seeks out human companions through its jokes and tricks, while in others imps are depicted as more capricious, playing tricks on their human allies out of boredom or simply their impish nature. 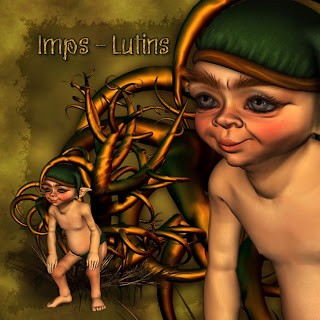 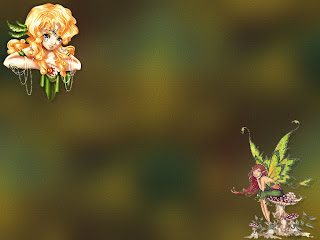