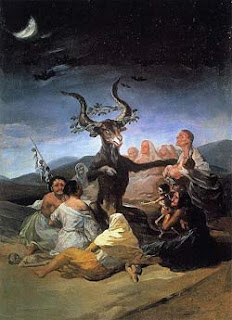 The trials of the Basque witches at Longrono, near Navarre, in northern Spain, which began in January 1609, was almost certainly the biggest single event of its kind in history. By the end some 7,000 cases had been examined by the Inquisition. The first phase ended in 1610, with a declaration of auto da fe against thirty-one of the accused, eleven of whom were burned to death. Thereafter proceedings were suspended until the inquisitors had a chance to gather further evidence, on what they believed to be a widespread witch cult in the Basque region. Alonso de Salazar Frias, the junior inquisitor and a lawyer by training, was delegated to examine the matter at length. Armed with an Edict of Grace, promising pardon to all those who voluntarily reported themselves and denounced their accomplices, he travelled across the countryside. As was usual in cases of this kind, denunciations flowed in. Frias finally returned to Longrono with 'confessions' from close on 2000 people, 1,384 of whom were children between the ages of seven and fourteen, implicating a further 5000named individuals. The evidence gathered covered 11,000 pages in all.

Contrary to the usual picture of the Inquisition, ready to believe all and every confession of wrong doing, Frias, the youngest judge in a panel of three, was highly sceptical about the whole thing, saying that he had found no substantive proof of witchcraft on his travels, in spite of the manifold confessions. More than that, he questioned the whole basis of the trials. Because of this disagreement on how to proceed, the matter had to be referred to the Inquisitor-General in Madrid. The senior judges, Alonso Becerra y Holquin and Juan de Valle Alvadro, even went so far as to accuse their colleague of being 'in league with the Devil.' Some of Frias' objections are truly remarkable, considering the atmosphere of the times, and are therefore worth quoting at length;

The real question is: are we to believe that witchcraft occured in a given situation simply because of what the witches claim? No: it is clear that the witches are not to be believed, and the judges should not pass sentence on anyone, unless the case can be proven with external and objective evidence sufficient to convince everyone who hears it. And who can accept the following: that a person can frequently fly through the air and travel a hundred leagues in an hour; that a woman can get through a space not big enough for a fly; that a person can make himself invisible; that he can be in a river or the open sea and not get wet; or that he can be in bed at the sabbath at the same time...and that a witch can turn herself into any shape she fancies, be it housefly or raven? Indeed, these claims go beyond all human reason and may even pass the limits permitted by the Devil.

Confession and acccusation on their own, Frias maintained, were not enough. It is a great pity that this simple guiding principle was not held in mind, all the way from Salem to Moscow.

The Inquisitor-General shared this view. For some time the central office of the Inquisition had been sceptical about claims of magic and witchcraft, and had only sanctioned the earlier burnings with considerably reluctance, and only because of the reported mood of panic from Longrono. As far back as 1538 the Council had warned judges not to believe all that the read in Malleus Maleficarum, the infamous witch-finding text. In August 1614 it ruled that all of the trials pending at Longrono should be dismissed. At the same time it issued new and more rigorous rules of evidence that brought witch-burning in Spain to an end, long before the Protestant north. 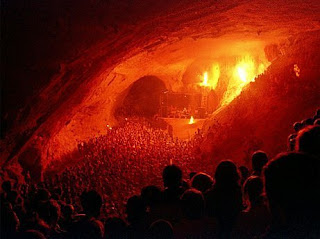