Was Hobbes an Atheist? 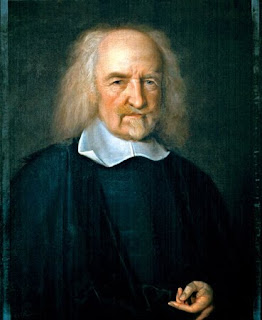 Well, many of his contemporaries certainly thought so. In October 1666 a committee of the House of Commons was empowered to examine the views expressed in Leviathan as part of the preparations for a bill intended to make hereesy a crime. Some even went so far as to suggest that Hobbes' doctrines were responsible for the Great Fire of London!

His books were either banned or burnt, and the Catholic church placed De Cive on its Index Librorum Prohibitorum in 1654. He was regularly attacked in the press of the day, which delighted in detailing the torments he would suffer in the after-life for his apparent lack of belief. It was his rationalism and materialism that tended to disturb people most; even God is reduced to a material level. Archbishop Tenison was to say of him "Yet for the very handsomeness in dressing his Opinions, as the matter stands, he is to be reproved; because by that means, the poyson which he hath intermixed with them is with the more readiness and danger swallowed."

His views were certainly unsettling in an age not noted for latitude in matters of faith and belief: that there was no personal Satan; that the Pentateuch and many other books of the Bible were revisions or compilations from earlier sources; that few miracles could be credited after the Testament period; that witchcraft was a myth; and that religion was often confused with superstition. He was, as one writer has noted, 'anti-ecclesiastical, anti-clerical, anti-enthusiastic, anti-theology, anti-creeds and anti-inspiration.'

So, was he an atheist? All I can really say here is that the evidence suggests not; and in his personal life he adhered to the Anglican Church, which, in any case, was for him a necessary instrument of Leviathan. He believed in God as First Cause, but denied most of the manifestations and attributes accorded to Him by organised religion; even holiness, goodness and blessedness, which in the Hobbesian view are all unknowable facts. His God, such as He is, is distant, cold, intellectual amd essentially unknowable. What did he really believe? That is a question that can only be answered by God…and by Hobbes!
Posted by Anastasia F-B at 15:53