The People of the X Files 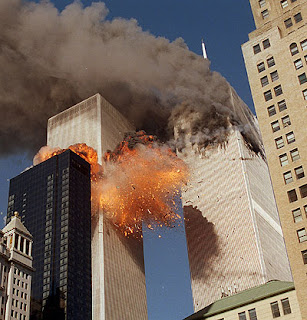 What is a conspiracy theory? Why, a tough little hybrid that flourishes in soil of imagination and has a strong resistance to all known dangers, particularly evidence and reasoned argument!

I’ve been thinking about the whole question of conspiracy theory after a brief exchange on the subject with another blogger. I also caught a comment recently from someone asking why they were now so prevalent. The answer to that is fairly simple, but let me postpone this for a bit.

There have always been conspiracies of one kind or another since the beginning or recorded history and doubtless before: political conspiracies, social conspiracies, religious conspiracies and on. Some have been discovered and aborted; some have been successful and thus no longer conspiracies; some never discovered and forgotten. But the conspiracy theory is and entirely modern phenomenon, emerging, as I’ve said before, in the aftermath of the French Revolution. In the early nineteenth century Augustin Barruel, a Jesuit priest, published a book saying that the whole event was the work of secret societies, involving the Freemasons and the Jews.

It is from this point that the phenomenon began its advance, helped on its way by various agencies, including a free press, and assisted by a growing cynicism among the general population, an unwillingness to accept things at face value. The modern conspiracy theory can range from forgeries like The Protocols of the Elders of Zion to the fictions of Dan Brown.

There is a continuous process of metamorphosis involved in the growth and sub-division of conspiracy theory in the modern age. People like Barruel and his followers at least made some attempt to base their arguments on evidence, though shaped towards their particular ends. The more recent forms, however, are shaped in resistance to wider, more complex realities, it might be argued, almost a perverse form of solipsism. In other words, the real world, the world of things and events, is subsumed into the imagination.

I like to think of the hard-core conspiracy theorists as the people of the X Files, the people who want to believe that government is all powerful, far more powerful than we imagine; that it exists to mislead ordinary people deliberately, to hide the truth for whatever reason. It’s these people who readily absorb stories of alien landings on earth but refuse to accept human landings on the moon, refuse to accept that Neil Armstrong ever made that giant leap, while ET hangs around their back gardens! These are also the people who believe that 9/11 was a conspiracy by the American government and so on and so on and so on. :-))

So, why are the conspiracy theorists so prevalent in the modern age? Simply because this is the age of the internet, an age of instant communication. In the past people who believed in a particular conspiracy had nothing to confirm their prejudice beyond their own active imaginations. Now they can find others like them, across every conceivable divide. Their beliefs, their perceptions, are confirmed and mutate into even stronger forms of assertion, deeper modes of solipsism. The real world dissolves into electronic pixels as Bishop George Berkley receives a lasting and ironic affirmation. 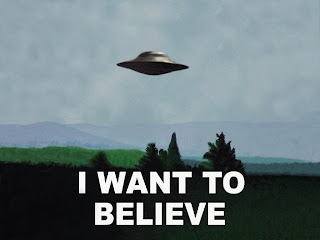